Having grown up in the remote mining town of Roxby Downs, Jess Day adapted to her pre-
teen relocation to the city of Adelaide by putting feelings of loneliness and nostalgia to
music. The DIY approach she took to making music as an isolated teenager from her
bedroom has shaped the now 22-year-old singer/songwriter’s sound into moody indie pop
with hints of snarling punk attitude. Her freewheeling approach to songwriting, blended
with her distinctive voice has led to the creation of a sound and emotional vulnerability that belies her young age.

In terms of sentiment, a lot of the music I have written, including the couple of songs I’ve released were inspired by romantic relationships. It’s definitely the thing I find easiest to write about as it’s a very cathartic process of voicing the things I can’t express within my own relationships. This extends to subjects such as heartbreak, being in love, anger, suffocation or losing autonomy in a relationship and jealousy. However, whilst I have a lot of content I still need to express in that realm. I’m trying to explore and develop my music into broader themes outside of that such as loneliness, depression, the tumultuous relationship we have with ourselves and the human condition. There’s more of an element of exposing myself and my vices very openly in these topics but I’m learning how to be more honest and real with my writing. On the more sonic side, I taught myself basic bedroom production and how to record and program the musical parts that a band would play. This meant I had complete creative control and flexibility around what I could write as a solo artist. My sound has also been moulded by the fact that I’m not the best guitarist or singer in the world so I decided to focus more on the art of song writing as a whole. I have very limited theoretical knowledge about music so I just play and sing relatively simple things that stir strong emotions in me.

It used to be Hayley Williams and Paramore. From the ages of about 11 to 16 I was so inspired by seeing such a powerful front-woman and it made me feel capable of doing something really cool in music. They were the first introduction I had to my own emotions that I previously felt I couldn’t label or express. Shortly after, this turned out to be emotions that fall under the umbrella term of “teen angst” and manifested into a love of pop punk and rock music. There’s also been other bands that I connected with in the same way after that at different points in my life such as Death Cab For Cutie, Balance and Composure and Brand New. They’ve definitely shaped my sound.

What can punters expect from a Jess Day live show?

You can expect a lot of angry love songs. If you’re going through a breakup, come along! It might be very therapeutic for us to all get angry-sad together.

It’s a cliche but, “treat people the way you’d like to be treated”. That one’s from Mum and Dad.

‘The Heart is a Muscle’ by Gang of Youths.

‘I Hate That You’re Happy’ by Tiny Little Houses.

‘Untouched’ by The Veronicas.

It was a management label called “Planet Shh” launch party. It was with a few bands but the standouts for me were a band called Colourblind and Paradise Club. It was a really relaxed vibe at a cool, spacious but intimate venue called Chateau Apollo.

A folky sort of band called St Jacques. They have a very wholesome, happy energy and they’re doing something a little different. They’ll make you happy and nostalgic. Colourblind; I saw them a couple of weeks ago and felt pretty inspired. Their sound is kind of sad and angry and pretty emo which is probably why I liked it because that’s what I’d like to be writing more of myself. Alex Kay;she’s always organising really cool events and is responsible for a monthly Pop Punk music night called Taking Back Saturday, which gets me out of the house several times a year. Dan Crannitch; he looks after a lot of venues in Adelaide and is just generally very great to talk to about anything music related. He really cares a lot about artists.

I’ve got some more music coming out throughout the year so I’m looking very forward to that. I’m just itching to get it all out there! 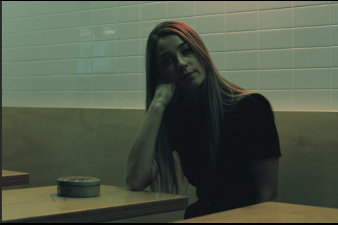 Jess returns with another stunning sing-a-long

Jess returns with another stunning sing-a-long

this was stuck in my head for months and is still stuck there. A catchy piece of indie pop brilliance

this was stuck in my head for months and is still stuck there. A catchy piece of indie pop brilliance

I'll say this again and again, she knows how to write a solid pop hook. And serves them up like hotcakes.

I'll say this again and again, she knows how to write a solid pop hook. And serves them up like hotcakes.