‘Medusa’ hits you with the pace of a busy strip club shift, as Jesswar gives a call to arms to her community, Pasifika women who do what they need to do to survive - and do it together. It’s a march of many, come to take what’s owed to them, ‘we coming for the paper’; the sinister sirens recalling the state of surveillance that Jesswar and others like her know all too well, but also transforming into the ominous sound of targeted rage, the rage of women which is both threatening and mythologised, directed at colonisers, capitalists and police alike. They’ve come to trample on the hierarchy that's trodden on them for centuries, come to take back and ‘take money, money’; a retribution embedded in success. You should be scared; maybe Medusa is coming for you. A downfall of the status quo; immortalised for Jesswar’s ancestors to see.

As the horns taunt a revised history, and punchy 808s command its rigid funeral march, Jesswar unpacks her deepest shades of red and tenacity through ‘Medusa’. “‘I was pawning all my things to get money to get by. Living that way gave me a different type of drive, a real hunger to never stop and get myself out of the gutter.” Her lance-shaped resolve was further sharpened by the influence of Pasifika excellence, watching women in similar circumstances pull themselves out of a rut. “I knew it could be on my cards too.” The new single follows the recent release of ‘Venom’, a menacing reprimand at gatekeepers of the music industry. Three years in the making, both tracks form a part of Jesswar’s upcoming debut EP ‘TROPIXX’ out March 5th, 2021.

A proud Fijian woman, Jesswar redefines concepts of success through her practise. Her ruthless refusal of prescribed definitions is the foundation on which she builds her universe. Deeply inspired by her chosen community and her experiences she uses music as the vessel to tell her story. Her pride reflects on her resilience and resourcefulness and defends the notions of holistic codependency and kinship. Having released her widely acclaimed first single “Savage” in 2017, she has collaborated with the likes of DZ Deathrays, Tasha the Amazon & Briggs, and performed at Laneway, Splendour in the Grass and Groovin the Moo. The first member of her family to attend University, Jesswar is a peer support worker and runs music workshops for young people in the outer suburbs of Meanjin. 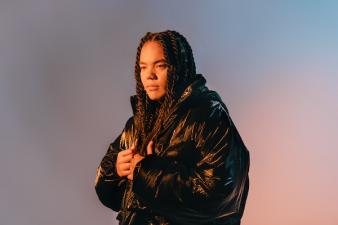 Jesswar doesn't miss, that's the truth of it. Another red blooded heater that stomps like Godzilla through Tokyo

Jesswar doesn't miss, that's the truth of it. Another red blooded heater that stomps like Godzilla through Tokyo

I feel like I'm in the presence of a real class boss listening to this. Commanding, fierce, yet effortless. You're brilliant Jesswar.

I feel like I'm in the presence of a real class boss listening to this. Commanding, fierce, yet effortless. You're brilliant Jesswar.

As they love to say in hip-hop, how low can you go? You're continuing to blow minds. And speakers.

As they love to say in hip-hop, how low can you go? You're continuing to blow minds. And speakers.