JK-47 is an Indigenous, hip-hop MC, eager to make his mark on the AUS hip-hop scene and put on for his city and community of Tweed Heads South, NSW. Writing rhymes and rapping since the age of 14, he is now emerging as a MC that is NOT to be slept on. Weather he’s joining forces with his brothers (ECB), or the beachside act Gratis Minds, or producing positive vibes with the cultural based band, Kinship Collective, he’s playing his part with his hard hitting bars and phenomenal flows. Working with artists such as Nerve, Chillinit and Lemaire, including this diverse group of collectives, he’s on a mission, looking to touch the minds and hearts of the Nation and the world, painting pictures for the people with his lyrics. He is bound to produce some timeless bangers for Australian Hip-Hop.

Read Interview
Tell us about your music. How did you develop your sound?
Well I've been writing and rhyming since 14 so it’s taken me nearly 10 years to get to where I’m at. I didn’t always sound and rap like this. My rhymes and voice developed and evolved over time along with the content of my writing, and I think when I joined Gratis Minds it gave me a chance to express what was truely on my mind. In my early years of rapping, I was just a wanna-be, because I was looking to America and a lot of hard rappers for inspiration because that’s what I though I had to be to be liked. But I was trying to be something I wasn’t. Now I’m looking in my own backyard and realising I got my own story to tell. And I should tell it raw and as real as I can.
What’s your greatest source of inspiration for making music?
Sometimes listening to the greats like, Tupac, J Cole, Kendrick Lamar and Nipsey Hustle (just to name a few) gets me in the mood. Sometimes it comes from the beat when I feel it, I just gotta write to it because it just comes to me. Mostly it comes from inside. Just wanting a better life for my family. Hoping I can write a song that can relate to everyone. I wanna take care of my people but I hope I write the type of music that speaks to everybody everywhere and sparks change at the same time. Not just some banger that you hear in the club. Something timeless.
What can punters expect from a JK-47 live show?
Pure energy from the jump. You can hold me to that.
What’s the best advice you’ve been given and who was it from?
My mum always told me to give all my problems and cares to God. Like if I had a problem she couldn’t solve, she’d say “Give it to The Lord son.” And for me giving my problems to God takes all that weight of my shoulders. It helps my smile and love my wife and son more. Appreciate the good I got and a focus without frustration. And God always makes it work out in the end so that’s probably the best advice given to me that’s help me the most.
What Australian track would you play to cheer up someone who was crying?
'Yil Lull' by Joe Geia.
What Australian track would you play to someone to make them cry?
'Took the Children Away' by Archie Roach.
You’re the DJ at a party. The dance floor is pumping. What Australian track do you put on next?
'Relief' by Gratis Minds.
What was the last local gig you went to? How was it?
Before Corona hit, at the start of February I opened up for Adrian Eagle and after my set I sat back and watched him do his thing. He was real dope. You could feel everything he was putting down. Mad energy.
Tell us about the bands or people in the Sydney / Tweed Heads South music community that inspire you.
There’s a lot of musical talent where I’m from. Young and old. Though I’m choosing to drop this solo album, I’m in 3 different groups all from the same place with mad talent. East Coast Brotherhood, Gratis Minds and Kinship Collective. There’s so much to say about the musical talent and potential there is in Tweed I don’t know where to start. But I think there’s a lot of people yet to be discovered from Tweed Heads.
What are your plans for the rest of 2020?
Connect with people in a positive way through my music and give strength and motivation to those who need it. I started this a long time ago but this is still just the beginning for me. I have a lot of other tracks   waiting to be heard by Australia and the world but you’ll know about them soon enough.
View Profile Hide Interview 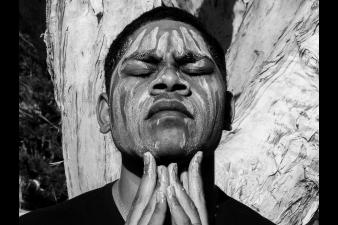 It's yet another win in what's been a huge year for the Tweed Heads South rapper.
More

Little known fact, the 'K' in 'JK-47' actually stands for 'King-of- Unearthed'. Coming through with another uplifting batch of master-bars for your loyal subjects.

Little known fact, the 'K' in 'JK-47' actually stands for 'King-of- Unearthed'. Coming through with another uplifting batch of master-bars for your loyal subjects.

One of the many highlights from a show-stopping debut record. You are 1000% made for this.

One of the many highlights from a show-stopping debut record. You are 1000% made for this.

I wanna buy a convertible car just to blast this while driving super fast. Do yourself a favour and get around the new JK-47 record

I wanna buy a convertible car just to blast this while driving super fast. Do yourself a favour and get around the new JK-47 record