Just A Gent is the moniker of 17 year old electronic producer and DJ, Jacob Grant. The young Novocastrian is one of the winners of our Listen Out competition and will be getting the party started at Listen Out Sydney this Saturday, September 27 from 2pm at the Atari Stage in Centennial Park. Punters can expect top hats and bangers.

Read Interview
Tell us about your music. How did you develop your sound?
I developed my sound by listening to all different types of electronic music and recreating the sounds. Once I made the sounds I would use that as a basis and then develop on it. Eventually I started to b influenced by own music which ended up creating the Just A Gent sound.
What’s your greatest source of inspiration for making music?
Art. I love art, of all types. I draw inspiration from movies, music, dance, paintings and the weirder the more inspiring I believe. I find that when I discover small low budget movies is one of the biggest influential sources, because you feel like you found this and it makes it so much more amazing and inspires you beyond wonders.
You’re one of the winners of our Listen Out competition. What can punters at our Listen Out in Sydney expect from the Just A Gent live show?
I sure am! Punters can expect top hats, moustaches, suits and euphoric music to set the mood. I will play a few of my new unreleased tunes along with a bunch of classics to get the party started.
What’s the best advice you’ve been given and who was it from?
Some of the best advice I was given was from my mum, when I was young. Everyone has been told this one and it is simply just to be yourself and don't listen to the people that are negative and bring you down. Take all the feedback and advice you can get, but take an insult as a compliment and it will make it a million times easier. In terms of music, Emoh Instead of 'What So Not' once told me sometimes less is more, which is another one everyone has heard and it can be really helpful when producing tracks that have so much potential but sound too messy. Less is more. Remember it.
What Australian track would you play to cheer up someone who was crying?
Miami Horror - 'Sometimes' or Bag Raiders - 'Sunlight'.
What Australian track would you play to someone to make them cry?
The Presets - 'This Boys In Love'.
You’re the DJ at a party. The dance floor is pumping. What Australian track do you put on next?
My unreleased remix of Vance Joy's 'Riptide'.
What was the last local gig you went to? How was it?
I'm under 18 so there isn't to many gigs I can get into, although I do get to go to Groovin The Moo and I loved Peking Duk.
Tell us about the bands or people in the Newcastle music community that inspire you.
I don't know many, but from the ones I know, they are such a good supportive bunch and I would love to be able to get more into the scene here in Newcastle and build more of a base for Electronic Music.
What are your plans for the rest 2014?
Release new music & tour tour tour!
View Profile Hide Interview 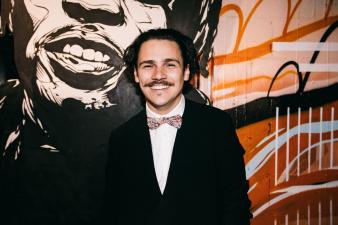 Magic! Swept up in it all.

Magic! Swept up in it all.

LANKS vocal floats wonderfully across this moody sea of folktronica.

LANKS vocal floats wonderfully across this moody sea of folktronica.

We already knew that Just A Gent and LANKS go together extremely well. This time around it's more ice than fire with both artists getting cinematic for a special moment.

We already knew that Just A Gent and LANKS go together extremely well. This time around it's more ice than fire with both artists getting cinematic for a special moment.