Kate Martin is a musician overflowing with fierce determination. Originally hailing from Townsville, she now calls Melbourne her home. Since her migration, she has become invigorated to a new level, perhaps inspired by the arctic winds of the south. Kate regularly flits around the country, playing shows and recording; like her nomadic lifestyle, Kate’s music is constantly moving and changing. At the tender age of 22 her accomplishments dwarf her years. She has released two full-length albums and supported the likes of The Middle East, Josh Pyke, Emma Louise, The Waifs, The Paper Kites, Bluejuice and Little Birdy. In 2012 she took out the Triple J Unearthed spot for Groovin’ The Moo festival, at the same time signing with Gaga Publishing, subsequently landing her music numerous placements on prime time Australian television. Her live shows are renowned for hushed rooms, commanding attention with her onstage presence and captivating style. “I don’t want to be limited by genre. I want to always remain diverse and spontaneous by running with whatever ideas inspire me at the time ... however, my signature will always be embedded in each of my tracks in some way, shape or form.” Crafting songs that are expansive as much as they are accessible, she clearly has a bright future ahead of her. Kate has been pushing herself further than ever before, harnessing a new confidence gained from experience and using it to explore new sounds, which feature in her new album due for release in early 2014. Retaining her inner child and whimsical silver tongue, she is an artist unafraid to invest her all in order to communicate the honesty behind her craft. Her song writing sparks a challenge. It points over the horizon and asks – Do you want to see what comes next? 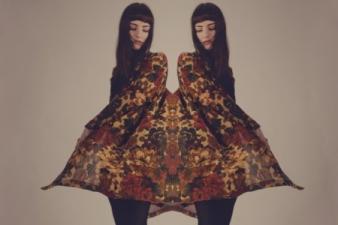 Great sound, well produced, sweet as vocals, not too sure about the slight American rounding of words... Really sweet stuff Kate!

Great sound, well produced, sweet as vocals, not too sure about the slight American rounding of words... Really sweet stuff Kate!