Canberra lyricist and strong burgeoning hip-hop identity KG has fashioned a respected reputation for himself with in the Australian industry over a string of releases that have highlighted not only his prowess as a rhyme artist, but the importance message has within the definition of his craft.

The new EP from KG ‘‘Doin’ Me’ also sees the return of frequent KG collaborator and esteemed producer Taka Perry (RUEL). A creative partnership buoyed by a shared love of a wide-ranging pool of musical influences, this new single highlights KG’s laid-back confidence and his comfort flexing behind the mic.

It has been a busy few years for KG, who has been carving out a place all his own in Australia’s hip-hop circles. Receiving love from Triple J and Spotify and dominating on festival slots including Groovin’ The Moo and Spilt Milk, KG has been amplifying his sound and his name nationally.

Since the release of the EP in late 2019, KG has been spending time in South Africa, working with some big producers as well as getting on some big festivals with the aim now to market his music internationally. With a new album in the works, a new live band and international tours lined up for this year, KG is the one to watch.

Bringing together impressive beats, fierce energy and powerful lyrics is Canberra rapper KG. He's released some of the most stand out tracks of 2017 and we can't wait for the release of his debut album in 2018.

My sound and style of hip-hop music is all about the flow and making sure my rhythms and bars are in harmony with the music. Over the past few years after travelling back to South Africa/Botswana and getting in touch with my roots, I I really wanted to add a cultural element to my music and have meaning in all my songs. I don’t just want to focus on Australia only, I wanna make a universal sound.

What can punters expect from a KG live show?

When doing music, be authentic and be yourself (Omar Musa).

'Juicy Juicy Green Grass' by Peter Combe. That song always makes laugh and sometimes when I DJ, I troll the crowd with it'.

'For Good' by Remi featuring Sampa The Great. The two of them on this track together and the soul and groove in this song is the perfect joint for any party.

The last gig I caught was Amastro & Genisis Owusu in Canberra. It was crazy because it was like EDM lovers and hip-hop heads mixing together in one room and the vibe was so sick. It really proves that music has no genre when the music is dope.

It’s cool what Peking Duk and Safia have done in making a name for themselves and putting Canberra artists on the map. It really shows all us Canberra cats that you can make it in music from anywhere.

I have a few festivals coming up, starting with my single tour and then playing a few shows in Africa in January. Most of all, I'm mainly just hyped to drop my debut album in 2018. 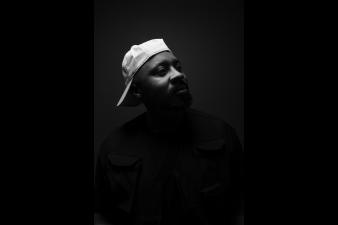 Louder! A tribute from the heart and soul of KG.

Louder! A tribute from the heart and soul of KG.

it's so positive and uplifting and that summery bounce in the production is hard to resist. kg with such a great message delivered in fine style.

it's so positive and uplifting and that summery bounce in the production is hard to resist. kg with such a great message delivered in fine style.

KG and Francoistunes are a formidable duo - teaming up for something that' super positive and uplifting.

KG and Francoistunes are a formidable duo - teaming up for something that' super positive and uplifting.