Read Interview
Tell us about your music. How did you develop your sound?
My music is definitely something that comes from the heart. And the sound is just a bunch of stuff derived from the influences I’ve had over the years.
As I was just getting into music I listened to lots of different stuff. And I feel that has taken its toll on my sound. But I wanna make music people can party to and also chill out to.
What’s your greatest source of inspiration for making music?
Definitely have to be from personal experiences or some type of point I want to get across. But if ever I am lacking inspiration, I just work my way back through the roots. I put on some old music I used to listen to or make. Old school Ta-ku helps haha.
What can punters expect from a Kuren live show?
I love to get the place vibing. I don’t really like trap music so I'll play lots of emotional future bass and always get my own stuff in there. LOTS of unreleased music for the upcoming tour.
What’s the best advice you’ve been given and who was it from?
‘No matter what you do, you’re always gonna have a market that is going to gravitate and love it. - Ta-ku.
There is another my mum tells me. ‘Always be humble and remember where you have come from’. I remember that everyday.
What Australian track would you play to cheer up someone who was crying?
Narly - Are You Okay. Love that song. Its amazing.
What Australian track would you play to someone to make them cry?
I don’t wish to make people cry but it would have to be 'We Were In-Love' by Ta-ku.
I’ve cried many times to that record.
You’re the DJ at a party. The dance floor is pumping. What Australian track do you put on next?
Enschway & Luude - Timezone. Such a banger of a track! Shoutout to those homies.
What was the last local gig you went to? How was it?
Jess Kent played at Bondi Rd. Was absolutely amazing. She looked at me in the crowd and Im pretty sure it was love at first sight. She is such an incredible talent and performer.
Tell us about the bands or people in the Indigenous music community that inspire you.
100% would have to be Philly & Briggs. I would love to have the opportunity to work with Philly sometime.
What are your plans for the rest of 2016?
I'm hitting the road and going on my first national tour around Australia. Hoping to drop my second EP late July and just keep working as hard as I can to do big things.
View Profile Hide Interview 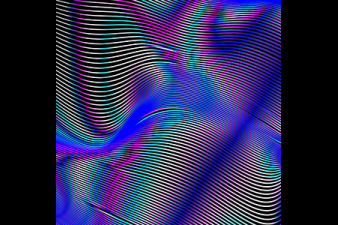 Kuren takes it out!

He's heading to play his deep bangers the NIMAs in Darwin this August thanks to Unearthed.
More

Slick vibes Kuren. I love the sharpness, the late night feel and the way the movement locks you in.

Slick vibes Kuren. I love the sharpness, the late night feel and the way the movement locks you in.

that slow build is all worth it when the intensity and pace steps up. liking this direction that kuren is moving into.

that slow build is all worth it when the intensity and pace steps up. liking this direction that kuren is moving into.

the electricity is surging through every beat and bar. powerful, energetic, undeniable stuff from Kuren.

the electricity is surging through every beat and bar. powerful, energetic, undeniable stuff from Kuren.