With a haunting and high energy live set, MANE’s explosive indie pop is something that has to be seen to be fully believed. With big bold vocals and tunes that have any crowd singing and dancing along to the saddest of songs, you can't help but have a great time at a MANE show.

Hailing out of Adelaide is this weeks Feature Artist, MANE! Her deep and distinctive vocals and impressive dark anthemic pop music is both enchanting and consuming. We can't get enough of it.

I love dark anthemic Pop music and that's what I strive to create. I've always tended to write acoustically to begin with, to flesh lyrics and melodies out, that's always been important to me. However, once I started to develop production ideas and understand the technical side of things a little more, that's when I feel I found the sound I wanted to be making.

I think for the most part it's personal experiences and feelings I like to draw on. But it can also come from the people I surround myself with and the hardships they sometimes go through, especially if I can relate and empathise with it.

What can punters expect from a MANE live show?

I've worked really hard on my live set this year, I think we've created a large sound that emulates the recordings but also has some organic elements that I can have fun with on stage. I'm feeling excited about it.

I think I've been told by a few people to never really expect anything from what you create and I think it's a pretty great rule of thumb. When you start to create with certain expectations you can lack authenticity and it can create boundaries. Just doing your thing is important.

Right now, I'm feeling like I want to say Edge Of Town by Middle Kids. It's just a really great song. I've continually smashed that track since it was released and have not gotten sick of it once. it's just really, really solid.

Let's go with 'Ubu' by Methyl Ethyl. Such a great boogie track.

I went to Root Down festival in Adelaide last weekend. Such a great lineup. I think it was the day the new season of Stranger Things came out and Luke Million smashed his Remix of the theme song. So much fun.

There is a lot of good stuff brewing in Adelaide at the moment. Great mates Heaps Good Friends are whooshing everyone out the park, it's super fresh and what they're doing is so much fun. Timberwolf's new album is also HUGE, honestly one of the most solid live performers I've seen.

I'm just continuing to write at the moment and planning to release a new track in the not too distant future (!!!) 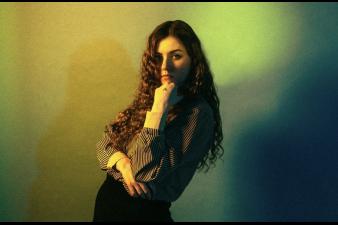 'hold' is more proof that mane rarely missteps with her captivating voice and serious pop smarts.

'hold' is more proof that mane rarely missteps with her captivating voice and serious pop smarts.

That deep richness in your voice is unreal, Mane. You feel strong and ready to unleash emotion and that chorus is SO good. Congrats on the new EP lady!

That deep richness in your voice is unreal, Mane. You feel strong and ready to unleash emotion and that chorus is SO good. Congrats on the new EP lady!

That chorus contains some magic, alright. Yer a wizard, Mane!

That chorus contains some magic, alright. Yer a wizard, Mane!