THE MELODICS 'PAINT ME GOLD' Imagine if INXS replaced Michael Hutchence with Busta Rhymes instead of some whack reality TV douche. The idea: Fuck off an album; write 4 singles, take them to a bunch of diverse and innovative producers, put them on a disk and call it an EP. The Producers: ARIA nominated Forrester Savell (Karnivool, The Butterfly Effect), UK/AU Producer Russell Fawcus (The Temper Trap, The Kooks) and Jackson Jackson's Jan Skubiszeweski (Phrase, ILLY). The Songs: New wave Indie-rock joint 'Bang Bang' 80's synth-punk anthem 'Superhero' Electro-pop ballad 'Afterlife' And Synth-rock, hip-hop banger 'Donkey Kong Suicide' The inspiration: Spider-Man comics, Iggy Pop, bad dreams, 80's arcade games, outer-space, Slick Rick, ancient Greek mythology, finger painting, King Of Kong and INXS. The First Single: 'Donkey Kong Suicide' was conceptualised when Jeremedy was playing Donkey Kong on an 80's arcade console in Byron Bay. Bored of the game, he jumped off his platform to kill himself. Enjoying the metaphor Jeremedy turned to the boys “Oi fockers! We're gonna write a tune called Donkey Kong Suicide!” Teaming up with Forester Savell the boys watched the 'King Of Kong' documentary and put together a massive synth-based rock tune packed with pop culture imagery based around being 'over the game'. The History: Late last year The Melodics released their debut album '4d,' which featured 20 additional musicians and took 2 years to create. The concept to take the opposite approach arose for their next project, this was made possible by working with a team of killer producers and engineers, writing tunes that didn't rely on complex arrangements and working with a 'less is more' approach. The Writing: The single 'Take Me Away' was the last track written for their debut record, a song that struck a chord with many around the country and sparked a stylistic change for the band. The love of analogue synths, 90's rap and the post-punk era has helped the boys create a sound of their own; a sound they have confidently stamped on their brand new release 'Paint Me Gold.' The Artwork: The Melodics have always felt that their artwork and music go hand-in-hand, lead singer Jeremedy is a visual artist and the band's designer. “I wanted to put something together that would represent the change in our sound and really slap you in the face visually - like we feel these songs do. 'Paint Me Gold' is the title of one of our new songs that will be on the next record, I decided to run with that concept and take some photos of us dropping buckets of gold paint on people. I had a hell of a lot of fun creating it and we feel it speaks our sound.” For more check out www.themelodicspaintmegold.com The Melodics ‘Paint Me Gold’ out October 15th 201

Producing colourful music for a grey world; Melodics fuse new wave, synthpop, 2 tone and hip-hop, and have painted a fluorescent foundation across Australia.

Tell us about your live show?

What were you all doing before this?

Most of us met in the corridors of Music College, studying classical and jazz heaviness. We got into a room together and began the long process of shaking off this education that took so long in the first place. A little ironic really.

We’re half way through our national tour, which is supporting the launch of our album, 4d. We’re then jumping on some dates with Jackson Jackson, heading to Perth and Adelaide as well as a Melbourne show at the Corner Hotel. After that we are gonna begin pre-production on our second record, which is gonna be FFFFFFFFAAAAAATTTTTTTTT!!! (we hope.)

Music. I don’t like to differentiate Australia with anywhere else in that sense, I think that causes more alienation. Music is so personal and individual for each band or musician and while we are always influenced by what’s around us I think globalization and the rise of the Internet means that we are influenced by the whole flipping universe. 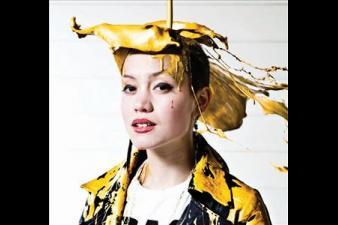 Great swung flow with Jeremedy's delivery! I love this about the Melodics. And your artwork's great.

Great swung flow with Jeremedy's delivery! I love this about the Melodics. And your artwork's great.

Saw you guys at Big Sound 2010. Nice work. You look like someone's thrown together a bunch of randoms, but you sounded as one.

Saw you guys at Big Sound 2010. Nice work. You look like someone's thrown together a bunch of randoms, but you sounded as one.

Wow, The Melodics take a broodingly dark turn, there's still a wealth of cultural references in Jeremedy's lyrics but it lacks son of the technicolor bounce of their 4D album. It's a sophisticated arrangement and powerful track though.

Wow, The Melodics take a broodingly dark turn, there's still a wealth of cultural references in Jeremedy's lyrics but it lacks son of the technicolor bounce of their 4D album. It's a sophisticated arrangement and powerful track though.