Conceived in 2015, Mid Ayr quickly made waves amongst local and international audiences alike, with first single ‘My Mayhem’ amassing over 500,000 plays on YouTube. Teaming up with Producer/Engineer Alex L’Estrange, their debut EP was released to critical praise from many. Their first single from the record, ‘Letting You In’ was added to high rotation on Triple J and was the most played song for the station in 2016. Follow up single ‘Vampires’ won the Triple J Unearthed/NIDA competition, giving the band a chance to collaborate with some of Australia’s top Film & TV students at NIDA. Since then, they have toured across the country with bands such as Ball Park Music, Moses Gunn Collective, Olympia, My Own Pet Radio and DMA’s as well as playing Jungle Love and End of the Line Festivals.

2017 saw the band remove themselves from touring life to work on a debut album. Set for release 30th of Aug 2019, debut single ‘Exit’ is a shift away from their initial sound to a more brooding and introspective feel. With a headline East Coast Tour planned for July/August, big things are expected for this Brisbane 3-piece. 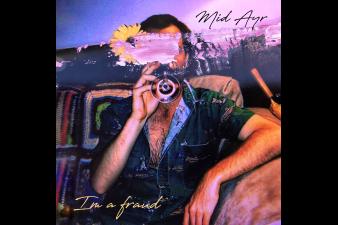 No End To Your Problems

this builds up to such a colourful, gorgeous, engaging ending with those choral vocals.

this builds up to such a colourful, gorgeous, engaging ending with those choral vocals.

No End To Your Problems

dancing my problems away.

dancing my problems away.

just wow! that ending. what a payoff. thank you

just wow! that ending. what a payoff. thank you