Remember Me At All and Full Friends are the latest tracks from The Middle Names' debut album 'I Need Space' released in May 2014.

"This solid debut throws you into the world of growing up - drinking, socialising, making mistakes. With the prominent lyrics you are in an almost rock opera setting about finding love, feeling jealous, taking flight, being knocked down, getting up again. It is all there. Noteworthy is the mark left by producer Magoo, who has polished the jaunty, oft anthemic collection to glide along with a big production smile on its dial." ★★★★½ - Sydney Morning Herald

"They led with current single, Full Friends, and Jealousy, bright and chunky throwbacks to infectious late ‘90s Australian alt-rock (think Jebadiah, but much better). It took about half a song for the small dance floor to fill up, and it perfectly reflected the change in energy coming off the stage. It was a tight but friendly performance full of snappy riffing and warm songwriting. If there’s any justice, these guys are set to be big. Like real big." - themusic.com.au - live review. 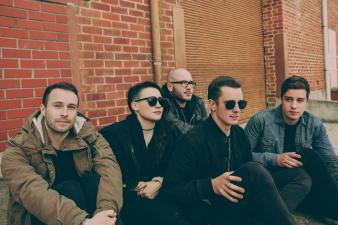 Congratulations to our 2011 Falls Festival winners!

Congrats to I, A Man and Ben Wells and The Middle Names.
More

One of my faves at the moment, very much looking forward to the album if The Middle Names can keep serving up this kind of buoyant, full-figured indie.

One of my faves at the moment, very much looking forward to the album if The Middle Names can keep serving up this kind of buoyant, full-figured indie.