Let yourself explore what has been fluttering around everyone's ears. Mookhi's beautifully sophisticated and diverse self produced work simply draws you in and we can't wait to let it consume you all this week.

Because I've always been set on composing scores for film, I feel my music has leant towards a more cinematic vibe from the beginning. I've always been inspired by unexpected things, and I guess this openness has allowed me to take fragments of the outside world into my music.

To keep it painfully short and simple: anything and everything. It's awesome to be inspired by current music but I don't chase a sound (or at least consciously try to). It's important to take inspiration from the past and present to propel your music into the future.

What can punters expect from a Mookhi live show?

At current lives shows you'll be watching this little chick looking stern, pressing a whole bunch of buttons and keys like I'm operating an army of invisible robots. However, you'll also get a few trumpet, keys or vocal solos and maybe even a guest instrumentalist or two. Plus some visuals that I may have frantically animated the night before. In the future I'd want to put more emphasis on visuals and definitely get more artists, musicians and vocalists involved.

'Don't let anyone dictate what your sound should be', and that was from my step Dad.

Probably Shannon Noll 'Lift' again, but this time I'd be singing it.

Shannon Noll 'Lift'? Hahaha, probably Australian crawl 'The boys light up' for that nostalgic part of the evening.

It was my debut EP launch at Oxford Art Factory and it was probably the most fun I've had on stage ever. I had 3 guest artists who killed it, and the show sold out. Triple win.

I went to Liveschool to learn more about Ableton and that little community is really inspiring. You get introduced to other producers who are touching on new styles and genres; it's really fascinating and exciting. When it comes to locals acts, I'd have to say Willow Beats, Ta-ku and Charles Murdoch as they tend to work with more unusual and textual tapestries of sound, and Sampa The Great because she kicks ass.

One things for certain is that I'll definitely be pissing off my household with my late night producing sessions. But I'm definitely itching to release more content, play more shows and collaborate with more artists (musically and visually)! 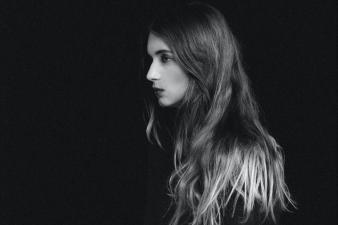 This is like peeling back the skin of a complex beast and watching its many organs operate. Every part is entirely separate and yet intertwined in this ticking harmony and it's fascinating to witness. Also it reminds me a lot of the Skins theme, just as a sidebar.

This is like peeling back the skin of a complex beast and watching its many organs operate. Every part is entirely separate and yet intertwined in this ticking harmony and it's fascinating to witness. Also it reminds me a lot of the Skins theme, just as a sidebar.

Sophisticated and deeply musical. Those fluttering string swells have my heart buzzing.

Sophisticated and deeply musical. Those fluttering string swells have my heart buzzing.