Moon Holiday is the electronic music project of Sydneysider Alex Ward. On New Year's Day she'll be bringing her looped, left-field dance music to Sydney's the Domain as our Field Day competition winner.

Tell us about your music. How did you develop your sound? My music came from a slow process of experimenting with electronics instead of real-life musicians. I moved to Australia at 16 and had no friends! I became kind of a recluse because I still felt the need to make music somehow.

What’s your greatest source of inspiration for making music? For better or worse, it's usually my own mental turmoil. I think that goes for a lot of people. But more and more I am inspired by actually trying to create new sounds and new forms of expression for myself.

You’re the winner of our Field Day competition. What can punters at Field Day in Sydney expect from the Moon Holiday live show? At this point I'm aiming to make it a little more energetic than my usual live show, because it is generally pretty moody and even subdued! It'd be nice to start the New Year with a bang.

What’s the best advice you’ve been given and who was it from? One of my best friends recently used actual hand-drawn diagrams in her advice to me, which I found both hilarious and extremely useful! Another of my best friends is full of gentle and comforting wisdom, so even though she is a cool young musician, a day with her can be like visiting a wise grandmother.

What Australian track would you play to cheer up someone who was crying? That's easy, Rainbow Chan's song 'Haircut'. It's about getting over things and moving on, and her music always creates a sense of wonder, like anything's possible. She's the best friend I mention above, cool and fresh but so wise and nurturing! https://www.triplejunearthed.com/artist/rainbow-chan

What Australian track would you play to someone to make them cry? Also easy! HTRK - my favourite Australian music, maybe just my favourite music overall. When their song 'Give It Up' came out late last year ahead of their full album I used to just whack it on repeat and cry a bunch. I was having a hard time, but it's such a beautiful track, such an unusual duality through that whole album. https://soundcloud.com/mistletone/htrk-give-it-up

You’re the DJ at a party. The dance floor is pumping. What Australian track do you put on next? Collarbones - 'Turning', because it's fierce as hell. When I first heard it I constantly walked around listening to it like I was in a music video, which is how you know a song is good. https://soundcloud.com/collarbones/turning

What was the last local gig you went to? How was it? I went to see Lucy Cliche and Alba (both locals) supporting Factory Floor (from the UK) at Oxford Art Factory recently. It was great, a really well thought-out lineup and everyone impressed the crowd, especially remarkable because it was a Tuesday night and people were actually getting kinda loose.

Tell us about the bands or people in the Sydney music community that inspire you. It's come to the point where most people I know in Sydney are tied to the music community in some way, either directly or indirectly. Some of my close friends make music I'm floored by, every time they show me something. Most of them are involved with Sydney's Astral People, who probably need no introduction, but through being a part of that incredibly supportive family I've found room to grow as a musician and be heard properly - without ever being made to feel like the end goal is huge commercial success. I think we all feel like Sydney is an excellent place to be, and for once there aren't as many people fleeing the country to 'make it' outside.

What are your plans for 2015? Despite saying I'm glad people aren't fleeing Sydney, that's what I'm doing for a couple of months in the New Year. I decided to take a break after finishing my new EP (due out early 2015) and go live in Bangkok for a while! I'd like to be somewhere different to make new music, for another EP or an album, perhaps a side-project to get out different things. But I can't wait to come back as well - I started producing a radio show for FBI Radio recently, so I'll be continuing that job as well. I just want to get stuff out there really. 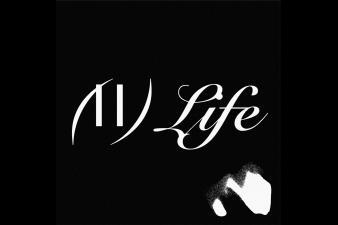 Impressive stuff from Moon Holiday once again. This just echoes through my head sharply hours after listening.

Impressive stuff from Moon Holiday once again. This just echoes through my head sharply hours after listening.