me, myself and i

Brisbane Producer/Rapper/Songwriter Nerve has been making waves in the Australian music scene since late 2015. With two EPs, an album and multiple singles under his belt Nerve has been progressing exponentially with a diverse and rich discography of releases.

Nerve's latest release A-Bomb was backed by a sold-out East-Coast Australian Tour and a huge response from fans and industry. The jarring audio/visual experience sent a shockwave through the music scene and left listeners in awe of what was to come next. The single also led Nerve to become the "Triple J Unearthed Artist Of The Week" for Feb 25th, 2019.

As a producer Nerve has recorded, mixed and mastered all his own projects As well as working with other artists. Nerve recently mixed and mastered the debut album of Sydney's very own ChillinIT which has seen millions of streams worldwide and a sold-out Australian Tour.

With over 2 Million streams in the past 12 months on Spotify alone, Nerve has proved himself to be one of the most successful independent hip hop artists in Australia right now.

Brissie rapper Nerve is your triple j Unearthed Feature Artist all this week. He's been busy making his mark in the Australian hip-hop scene and we can't wait for you to meet him.

I guess it all started with old school hip-hop and learning how to produce, write and engineer music all at once. Now that I’m proficient enough at those things I’ve just been searching for what sound is unique to me. Lately I’ve been getting into really heavy hitting production involving a lot of distorted melodies and booming bass, but I’ve also been working with live bands like Bullhorn doing full reworks of classic UK grime. I’m very conscious of switching things up constantly and making sure I never stay in one creative spot for too long. My newest track 'A BOMB' is probably my favourite project so far. I feel like you can’t watch the A BOMB music video and think, “Oh yeah this guy just jacked this idea from _______ “ because I’ve never seen anything like it before.

I grew up listening to a lot of funk, rock and jazz purely due to my parents’ taste in music. I think that’s where I got my ear for production from. Obviously I’m inspired by music to make music, but I feel like one of the biggest motivators in terms of songwriting is frustration. Music is a huge release for me when I’m stressed or have a lot on my plate and I’m usually at my most overwhelmed when I find my self writing new music.

What can punters expect from a Nerve live show?

I ended my last show in Melbourne crowd surfing on an inflatable mattress with my feet on the ceiling so something like that I guess.

I can’t remember who it was from - probably a few different people - but I think the most important thing in art and music in general is to create something and be someone that no one else can be. Be yourself and do your best not to copy what’s going on around you.

What Australian track would you play to someone to make them cry?
'The Wine Song' by The Cat Empire. Every damn time man.

I’d put on 'Jitter' by Triple One and Raj Mahal and turn the dance floor to a blood sacrifice.

As lame as it sounds, the last local gig I went to was my own in Sydney since I’ve been on tour for the last week. But alongside me were the Otherside Krew, Raj Mahal, Triple One and Talakai. All Sydney heavy hitters and part of our family. The vibe was insane and we sold the show out so I guess I could say it was a decent show.

A lot of my inspirations come from outside the music scene when it comes to Brisbane. I’m inspired by people that are throwing everything they’ve got into their creative passion and turning it into a viable business plan. People like Lil J’s Vintage, BrandnameBNE, Kyel Golly and anyone else that’s really about getting real things done are the types of people I roll with.

Build within my crew - NO1NETWORK - and keep releasing music and visuals that blow people’s minds. Also try and finish my Uni degree. 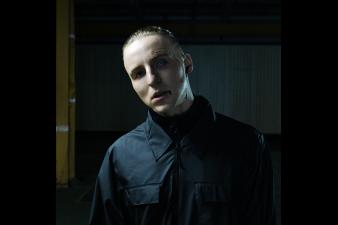 They're gonna play Listen Out in their home state
More

These two are elite together. Just an absolute thumper.

These two are elite together. Just an absolute thumper.

You two slay the absolute hit outta this.

You two slay the absolute hit outta this.

Poetry in motion. The connection between these two is rock solid.

Poetry in motion. The connection between these two is rock solid.