'dance music made in an ice cave'

With a sound that embodies a rich, opulent atmosphere and a flawless touch in the studio, Ninajirachi is truly in her own lane. The Australian triple-threat producer, songwriter, and DJ has built a career that encompasses the spectrum of electronic music, garnering praise from critics and notable artists alike.

Ninajirachi moved the needle with her record-breaking debut single, “Pure Luck,” receiving recognition from all over the world. Linking with fellow powerhouse producer and DJ Nina Las Vegas in 2018, Ninajirachi quickly won the hearts of dance music enthusiasts through a number of releases on NLV Records. Beyond her own releases, Ninajirachi has lent her savvy in the studio to remixes for artists including deadmau5 & The Neptunes, Flight Facilities, Anna Lunoe, Hermitude, and more.

Beyond her work in the studio, Ninajirachi has performed at major Australian festivals including Splendour in the Grass, Field Day, Falls Festival, Listen Out, and more. Along with her festival appearances, Ninajirachi has supported artists including What So Not, Mallrat, Crooked Colours, and Hermitude on tour. Despite the COVID-19 pandemic, Ninajirachi leaned into the explosive rise of live streamed events and performed virtual sets for Brownies & Lemonade, Sable Valley, and Insomniac Events, and more.

Throughout 2020, Ninajirachi delivered a slew of new music including the ten-track True North EP, which saw Ninajirachi and Kota Banks combined their forces to create a seamless blend of forward-thinking pop and innovative electronic music. With press looks from Billboard, Paper Magazine, Women In Pop, and more, this pairing proved to be a dynamic duo with the power to uplift women in the process. As a testament to their status in the scene, Ninajirachi and Kota Banks kicked off the new year with a performance for SXSW’s 2021 online conference and music festival.

Standing tall as an immovable force within electronic music, the only way for Ninajirachi is up. 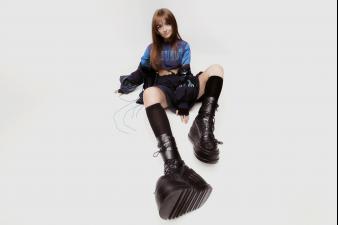 Honest to god, STEP ON ME.

Honest to god, STEP ON ME.

it's only been released for 10 days and the amount of times ive seen this requested on the textline is phenomenal. and listening to the track, you can understand why! this defies sonic physics, cant wait to hear this with sweaty bodies around me

it's only been released for 10 days and the amount of times ive seen this requested on the textline is phenomenal. and listening to the track, you can understand why! this defies sonic physics, cant wait to hear this with sweaty bodies around me