With an eye for style and an even stronger conviction for creating moving soundscapes, Oh Boy is quickly becoming one of Australia’s most sought after and talked about producers. Collaborating with friends like Cub Sport, Golden Vessel, BLESSED, Ninajirachi and Mallrat and piquing the interest of global producers like Alison Wonderland, this somewhat shy soul is emerging as a creative force both visually and sonically alongside his peers.

Oh Boy’s first big collab came in the form of two incredibly successful singles featuring Mallrat in 2017 culminating in a performance at Splendour In The Grass festival. Both ‘Bunny Island’ and ‘Rush Hour’ enjoyed radio play on FBi Radio, triple j and triple j Unearthed. ‘Rush Hour’ climbed to #3 on the Viral 50 Australia Spotify charts and has ticked over the 1 million streams mark. Oh Boy rounded out 2017 with Sam Bluer featuring on ‘Love Me Right’ and plenty of Spotify playlisting including ‘New Music Friday’.

The Sydney producer then joined forces with imbi the girl to create ‘you see me’. Premiering on triple j ‘you see me’ also featured on Apple Music's ‘Best Of The Week’ and Spotify's ‘New Music Friday’ playlists. Taking his music on the road, Oh Boy performed at tastemaker festival, The Plot before joining Nicole Millar on a national tour.

Most recently, Oh Boy was hand picked by Alison Wonderland to participate in the EXTRA Support Acts campaign - a partnership with YouTube, Wrigley's EXTRA and Universal Music to promote young Australian musicians. Oh Boy worked with Sydney vocalist TASHKA's alluring vocals to dream up single ‘So Good’. The live performance style video clip for ‘So Good’ has since amassed over 500,000 views on Youtube.

Recently returned from a writing trip to America and fresh from an appearance at Brisbane’s Mountain Goat Valley Crawl, Oh Boy is ready to launch a new EP titled Brentwood Heights. His signature glistening pop sounds are littered throughout the five tracks which see a progression in both instrumentation and concept. Brentwood Heights EP illustrates the journey and transition of a conscious soul entangled in modern societal expectation. Finding balance through one’s self, spirituality, psychedelia, collaboration and love. With tracks featuring Cub Sport, LOVER., Cult Shotta and Oordaya, it’s a collection of inspiring sessions with new friends and old.

Written partially at Oh Boy’s Sydney abode, partly at an isolated area on the east coast of Oahu, Hawaii and partly at a house in Brentwood Heights, Los Angeles, this EP is as eclectic as the locations it was conceived.

“The amount of people involved who are all beautiful friends of mine reminded me of how amazing and important collaboration is,” he says. Human connection is at the core of Oh Boy’s ethos and collaboration is just one part of this clever producer’s talents. The rest is yet to come.

"Sydney-sider Oh Boy has been at this game for a while, never straying from his razor-sharp creative vision. It shows through both his music and the moves he’s been making." - Pilerats

"Oh Boy’s style spans Jersey club, ’90s RnB and hip hop, electro and Japanese Kawaii, and is guaranteed to put festival-goers in a good mood with its bright, happy sound." - The Daily Telegraph

“With every track Oh Boy drops, he’s showing more and more facets of his music, and outdoing himself every time.” - Purple Sneakers 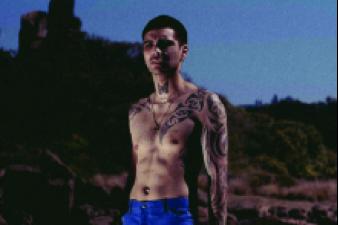 what an all star cast!

what an all star cast!

Oh Boy bringing in the guns and taking this hit to a whole new level. Impressive delivery and group collab legends. You've totally nailed it.

Oh Boy bringing in the guns and taking this hit to a whole new level. Impressive delivery and group collab legends. You've totally nailed it.