Adelaide artist Ollie English will stop you in your way with his powerful, soulful voice. He will be joining The Rubens this weekend on stage as our comp winner!

I began learning Spanish classical guitar when I was very young. It was really invaluable as it helped me to understand melody and dynamics but eventually blues & soul music stole my heart as a teenager. I loved everything about blues guitar, I found myself playing along to BB King and Led Zeppelin records. At the same time, I was really inspired by soulful voices like Nina Simone and James Brown. I went through my first heartbreak when i was in year 12. I turned to songwriting as a way to process my emotions. I have fond memories of sneaking out of home on school nights and thrashing Jeff Buckley’s album ‘Grace’ through the CD player in my car. John Mayer’s album ‘Battle Studies’ had some pretty strong rotation too. This time was really important for me, I began to work out how crucial music and storytelling was for my soul. Over a long period time I worked out that this was a part of who I was and I couldn’t live without it. I’ve caught the bug and haven’t stopped since.

I’m really inspired by life, whether it's my own or others experiences. I’ve written songs about a whole spectrum of human emotions; I can be inspired by anything if it moves me. My writing is also really affected by my mood, or just listening to some really dope music. Inspiration strikes at really odd times and usually I get my iPhone out, press record, and go from there.

What can punters expect from an Ollie English live show?

You can expect a pretty diverse bunch of songs, from ballads to upbeat rock grooves. What I notice is that my live shows give people a chance to slow down and hug the person next to them, and then the next minute, i want to make them want to get up and groove. I’ve always found that people who talk to me after the shows have each had their own unique experience with the stories I had told.

When my grandpa passed away, I went into the ward to see him for the last time and his last words to me were ‘take care of each other’. This influences how I approach everyone and everything in my life..

'No Ordinary Life' by Matt Corby. If I could musically explain a rainbow, it would sound like this song.

'Took The Children Away' by Archie Roach.

'Overrated' feat LILLI by Kuji Koo! Such a banger. You can download their track on triple j Unearthed.

I was lucky enough to play and attend a brilliant local festival called Handpicked. Such a cruisy vibe out in the vineyards of Lake Breeze Wines in Langhorne Creek. I got to share the stage with amazing local artists Laura Hill, Neon Tetra and the Sundance Kids. It also featured incredible Australian talents Boy & Bear, Vera Blue, Ball Park Music and Alex Lahey.

Adelaide is pretty tight knit community. It feels like a big family. I’m inspired by how much quality music is being produced in SA. First up, Surahn is a big inspiration, he’s an incredible songwriter who’s made a mark on the world with his music. He’s written for Usher and toured with Empire of the Sun. Laura Hill inspires me a lot, I met her this year at a gig we played together. I was struck by her beautiful voice and relatable songwriting. Wanderers are so bloody groovy. They’re on tour right now! You gotta catch these guys live. Dusty is one of the best guitarists I’ve ever seen. Mane is another inspiration. She’s creating some really great pop music. Her new track ‘Chasing Butterflies’ really grabs you with her pipes, the strings are so dope too. I’m a big fan of Timberwolf, such a unique voice and he’s written some incredibly honest music. His new single ‘Proud Silence’ hits really close to home, I also caught mum jamming to it the other night! Neon Tetra, are bloody funksters and a ½. I have so much fun watching them at their live shows, so good! Such great tunes. Tales are beautiful musicians- recently known as ‘The Winter Gypsy’. Their song ‘Took Me By’ is one of my favourite songs. So excited for their next release. Also, Jordan Ruru. Big things. You have to check her out. Amazing.

A lot of recording and I’ll be releasing my EP early 2019! So excited to support the Rubens this Friday with my full band. I’m also planning my first national tour for early 2019, including a festival appearance at Womad in March. I still can’t believe I’m playing WOMAD and supporting The Rubens, a dream come true. There’s a lot of hard work to go but so much to look forward to. 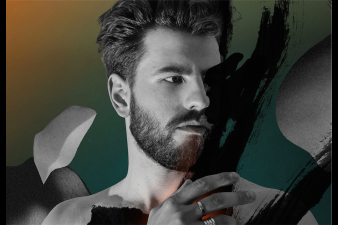 Shout out to our winners!

Ollie heading in a bit more of a blues rock direction and fortunately for him he has the sort of voice that takes to whatever he does.

Ollie heading in a bit more of a blues rock direction and fortunately for him he has the sort of voice that takes to whatever he does.

We Are Just Stones

Ollie's voice has the kind of strength that suggests it could not only move mountains but also pave the roads in their wake. Pure power. Nice to hear it again on this track where Ollie stretches out with some hedonistic psych elements too.

Ollie's voice has the kind of strength that suggests it could not only move mountains but also pave the roads in their wake. Pure power. Nice to hear it again on this track where Ollie stretches out with some hedonistic psych elements too.

We Are Just Stones

all aboard the ollie english train. he's the driver, the entertainment and might just serve you a drink too.

all aboard the ollie english train. he's the driver, the entertainment and might just serve you a drink too.