Oh Pacific, Apart From This

Four guys from Bendigo playing music we love.
Outlines formed in early 2012 and has since progressed from a pop punk band with a hardcore influence into something that is a unique sound in the ever changing Australian punk scene.

Since releasing a demo and an EP "Idle Times & Clouded Minds" in 2013, Outlines have played with hugely influential bands such as Basement (UK), Transit (USA), The Swellers (USA), Neck Deep (UK) as well as great local acts like Anchors, Endless Heights, Apart From This, Trophy Eyes, Oh Pacific, Postblue ect.

They have just released a new 5 track EP "Talking Walls" that really shows the progress the boys have made with their song writing since Idle Times.
You can download "Talking Walls" for free from http://outlinesmusic.bandcamp.com/ 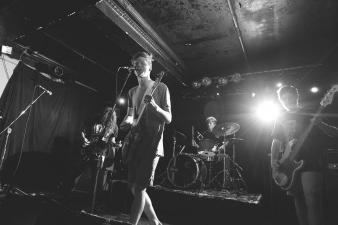 Congratulations to our 2014 Groovin The Moo winners