The five-piece were united from working class backgrounds and bonded over a passion for similar music. The band writes as a collective with everyone sharing ideas and progressing the creative journey. Whether an idea is introduced at their local pub, The Lass O’ Gowrie or improvised during rehearsal, The Owls develop their ideas into the polished and professional tracks which see release.

Rainy Day EP marked an end of an era for The Owls, reflecting on times of emotional fluctuation and vulnerability that stems from relationships. The EP examined the mindset of isolation, the result of being left alone with your own thoughts in dark moments.

The Owls are touring their EP down Australia’s East Coast in October: 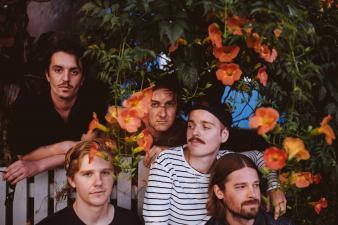 Congratulations to The Owls!

Straight up good times, this is rocking.

Straight up good times, this is rocking.