PagenElypsis is a collective of mc's from existing groups that emerged onto the scene with the release of the "007 Mixtape" in 2007. The members of the group had been performing as there seperate components for 2 years both at home and interstate and also promoting and putting on shows in there hometown, Adelaide. The roots of the groups following lie in both the local live hip-hop scene and also the national and international battle circuit. The group was on hiatus from 2007 while each of the members went about building there resumes & paying their dues. Between 2007-2010, Purpose released the "If The City Had A Voice" mixtape mixed by DJ Sum1 & DJ Next and Aforementioned (Purpose & Motive) released the well-received "Red October", which brings us to 2010. PagenElypsis released the "2010" mixtape to hail in the new decade mixed by DJ Kansel & DJ Snair of the Battlehoggs as a national free download which won praise in the underground but was merely a taste to prepare listeners for the album "One Way Ticket" OUT NOW ON ITUNES

Pagen Elypsis is a collective of mc's from Adelaide, and we've picked them to play at the Adelaide Big Day Out!

Our sound was developed directly from our lives and influences. Each of the rappers in the group has a different sound but you can always tell its part of the same product. We developed the sound we have today by being immersed and active in the underground hip-hop scene and leading normal day to day lives at the same time, when you throw that much partying and angst into a blender you get Pagen Elypsis.

What can the Big day Out audience expect at your show?

They can expect a strong impression of who the group is. We are no stranger to the live circuit, with most members performing live for over 5 years both locally and interstate so they can expect a big impression to be made. We have worked at this for a long time and now when we perform it's a celebration of how far it's all come.

Who are you looking most forward to seeing at the Big Day Out?

For the next 6 months the group is going to be playing alot of shows around the country and then we will be taking a short break to work on separate projects. This will mean Purpose & Prime are both doing a solo mixtape, Prime will be releasing a solo album, Aforementioned (Motive & Purpose) will be releasing a mixtape followed by their first official album as a group entitled "11th Hour" and Pohetikut and Kadowg will be working on an album together as the Skeptiks.

Something to be proud of. 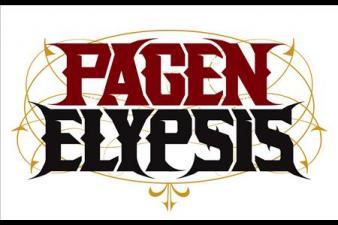