Philadelphia Grand Jury have gotten the party started at hundreds of chaotic and beautiful shows across 4 continents, in more cities than anyone can count - from Patti Smith’s basement to the back of a flat-bed truck, under the stars of the South African desert, on rooftops and all the way to the main stage of Splendour in the Grass.

First introduced to the world via a string of impossibly catchy singles that quickly became radio staples and soundtracked shows like Entourage, Suits and Workaholics, the Philly Jays released their much-loved debut album “Hope Is For Hopers” and won a bunch of awards that somehow got lost in their move to the other side of the world.

In 2015, after years of bust-ups, break-ups and make-ups, the guys decided to give each other another chance, testing the waters in Berkfinger’s adopted home of Berlin, recording their pretty damn-weird LP Summer Of Doom. They liked it so much that Berkfinger put his life in a shipping container and relocated back to their hometown of Sydney to plot the proper return of Philadelphia Grand Jury.

A bunch of fresh singles and a new album are due for release over the next 12 months, all of which they’ve been recording at their custom-built Golden Retriever Studio in Marrickville, Sydney.

The new single "Nervous Breakdown" sees them venture further into the freak-pop of Summer of Doom but lays on the hooks thick and heavy and comes in somewhere around the 2 minute mark. You can catch Philadelphia Grand Jury touring all through Australia this October and beyond!

PHILAPELPHIA GRAND JURY has won our Sydney leg of the BDO with their big energy retro rock. Having only been around for less than a year, they are already renowned for their live shows so make sure you get there early to check them out!

Tell us about your music and how you formed?

MC Bad Genius (Bass/Keys/Gtr) met Dan W. Sweat (Drums) when he was the DJ/MC at Sweats' parents 25th wedding anniversary. They bonded over Kool Aid and Tequila and decided to form a band that was all things INDIE, PUNK and SOUL. Berkfinger was the studio engineer at the fledgling group's very first recording session and by the end of the 12 hour booking had asserted himself as their frontman. Fast forward almost one year and they are a real band playing shows and getting spun on JJJ!

What can the audience expect from you at the Big Day Out?

And your name - tell us about that.

The group is named after the first song on the Fiery Furnaces album "Widow City". Berkfinger likes the way the drums sound and is currently infatuated with their lead singer Eleanor.

Is Neil Young playing or something?

Berkfinger is going to the dentist ASAP as he always scratches his teeth on the microphone. Oh yeah and we are putting out 3 different coloured 7 inch vinyl singles over the coming year. And probably 100 concerts, maybe more.

Not as crazy as this Japanese film I am watching. 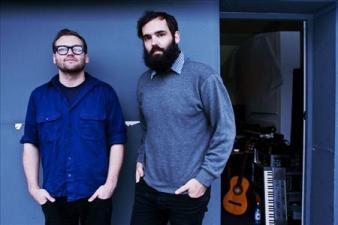 Hell raising trouble now I like it aloooooottttt. Defs giving me those coming of age montage filmic tingles.

Hell raising trouble now I like it aloooooottttt. Defs giving me those coming of age montage filmic tingles.

I can see this soundtracking the opening sequence for a clumsy, loveable lead character. You feel me?

I can see this soundtracking the opening sequence for a clumsy, loveable lead character. You feel me?

You've no shortage of catchy songs, but geez this one might be the most addictive earworm of them all.

You've no shortage of catchy songs, but geez this one might be the most addictive earworm of them all.