A collection of songs from Townsville-based music producer Sam Wright.

Sam Wright is a Townsville-based musician who crafts gorgeous and often bittersweet roots-tinged pop. He's also one of the winners of our Groovin The Moo competition and will be taking the stage at Groovin The Moo in his home town this Sunday, May 10.

Read Interview
Tell us about your music. How did you develop your sound?
I just really love listening to music. I tend to go through pretty intense phases where I obsess over a certain sound or production style. Sometimes that shows through in my music, I can see elements of things I’ve absorbed over time and it’s kind of nice. Right now I’m obsessing over slide guitar stuff. I guess before the release of Year Of The Horse I was seen as primarily a ‘guitar guy’ but this project for me is very much separate from guitar playing, this is more about the songs, song writing and production for me. I don’t put any wanky guitar playing into my tunes, not yet anyways, there’s nothing technical about my tracks.
I like to think being a musician is sort of like being a collector, I guess we're all collectors in everything we do, plodding along collecting skills…ANYWAYS musicians are collectors!  I find myself collecting sounds, licks, combinations of chords, structures, melodies, rhythms, samples, noises, tones etc.  They’re all swimming around somewhere in my head from listening and learning. So in short, my sound is a culmination of whatever I’ve absorbed over the years. Lyrically, situations interest me, people interest me and experiences interest me.
What's your greatest source of inspiration for making music?
I am most inspired when watching my friends play.
You’re one of the winners of our Groovin The Moo competition. What can punters at Groovin The Moo in Townsville expect from your live show?
They should expect Justin Fimmel (drums) to take his shirt off…That should get most of the girls to come and watch us. Can we show a photo? I’ll be playing with a band, I’ve got some talented cats onboard. Justin Fimmel on drums, Daniel Panitzki on bass and Matt Elwin on electric guitar. It’s gonna be a real hootenanny.
What’s the best advice you’ve been given and who was it from?
I can’t remember who told me this but…‘If Not Now Then When” has stuck with me for a while now.
What Australian track would you play to cheer up someone who was crying?
Rip Rip Woodchip by John Williamson
What Australian track would you play to someone to make them cry?
Because the song is so ridiculously beautiful, World Of Sun by Stolen Violin. Anything that this guy does is beautiful, he’s a real shark.
You’re the DJ at a party. The dance floor is pumping. What Australian track do you put on next?
That’s a tough one… I’d be inclined to put on some Mariah Carey and sort the men from the boys. But an Australian tune hey… Alison Wonderland - I Want You is a banga.
What was the last local gig you went to? How was it?
I went and saw Donavon Frankenreiter at The Venue and it was amazing. The band was incredible. There was a fair few local acts on the line-up too (Crossroads, Women In Docs, and more) who really nailed it that night.
Tell us about the bands or people in the QLD music community that inspire you.
Hmm…there’s a guy floating around up here, Laurence Backer…that guy is a complete saint. Mark Myers I always find to be an inspiring guy to be around, same with Jordan Ireland, Ciaran Toomey I’m sure there are a bunch others. I always head down to Bigsound in Brisbane and meet a bunch of inspiring people doing awesome things. The people that inspire me are the people who consistently strive to improve themselves or their music and have a great time in the process.
What are your plans for the rest of 2015?
I will just keep doing my thing. I’m just going to write a bunch more and maybe release something late this year, maybe early next year. I would really love to play some more shows up and down the east coast or tour, or just play more shows. I’ve got a couple of shows penciled in supporting a sweet Melbourne outfit in October so that should be fun, I’m guessing dates aren’t released yet so I won’t give any details.
View Profile Hide Interview 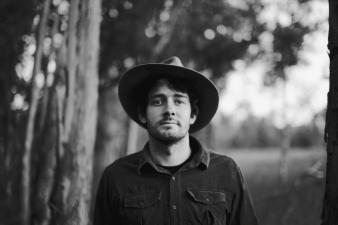 A round of applause to Fountaineer, Sam Wright, Yours Alone, Coda Conduct, Timberwolf, and Said The People who'll open up GTM in their hometown!
More

Sam. This is gorgeous. It's everything I like about music. Well done.

Sam. This is gorgeous. It's everything I like about music. Well done.

Sam's made something super pretty here - it's got a real ache to it. The horses motif is perhaps a little laboured to the point of distraction. Maybe I just like horses though, so don't trust me.

Sam's made something super pretty here - it's got a real ache to it. The horses motif is perhaps a little laboured to the point of distraction. Maybe I just like horses though, so don't trust me.