Boosted by the independent release of their self-titled EP in February, Mount Gambier's Sierra rose to prominence in 2013 as one of Australia's most promising melodic hardcore acts. With the added support of the nation's leading alternative media outlets - including Triple J and Blunt Magazine - Sierra has broadened its reach significantly in a short span, winning over fans with an energetic and aggressive live performance. Working alongside The Artery Foundation and Taperjean Records, the quintet took on a more frequent touring cycle in 2013, supporting Vanna, Being As An Ocean and Hundredth nationally on their maiden visits to Australian shores. A number of appearances alongside the likes of The Story So Far, Northlane and In Hearts Wake saw the band hold its own amongst esteemed company. The release of the single "Decadence" in October gave supporters an indication of where the band's sound is heading in 2014. Capping off a stellar year, the band was selected to open the Adelaide instalment of the Vans Warped Tour Australia on its long-awaited return to the nation. 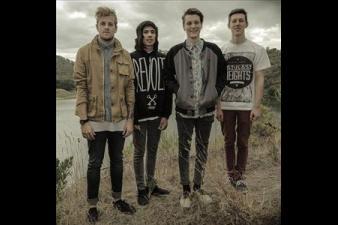