Stateovmind is a Hip Hop artist from the Nations Capital (currently based in Melb) who is a member of the Canberra based Capslock Collective. In mid 2012 Stateovmind took out the ‘Triple J Unearthed’ ‘Groovin The Moo’ competition and was given the opportunity to play at the Canberra slot of the festival. He continued to build on these successes and has since shared stages with a raft of national and international touring artists including the Hilltop Hoods, 360, Def Wish Cast, Pharoahe Monch and Public Enemy. State has also released four EP's the latest of which is the boom-bap inspired "Crate Tape EP" which includes the lead single 'Live Like Kings'.

If you like what you hear feel free to rate/review them, and if you want a little bit more head too https://stateovmind.bandcamp.com for more music from Stateovmind. 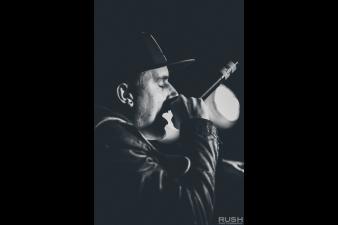