Every Hip-Hop artist local and international

Hailing from Harare Zimbabwe, T$oko was destined to confute stigmas associated to impervious cultural restraints, and draw on profound exposure from his musically diversified household. Coupled with tutoring of practical music awareness – in formative school years, T$oko became acquainted with an aptitude to write; often harnessing energy and dynamics of peers whom shared this propensity.

Evoking honourable recognition among those familiar with T$oko’s music, he is garnered by admirable acclaim as a credible solo artist within the notoriously competitive Perth music scene. Exhibiting spirited determination to connect with his audience on a personal level, T$oko proves his own mastery - eluding conformity of mainstream commercialism, and establishing a refreshing uniqueness.

T$oko’s approach actively supports, and demonstrates equality to all artists, by reassuring abolishment of unnecessary discontinuity rivalled by dissimilar musical interests. He advocates music be devoid of judgement and suppression. Instead, instilling and maintaining its rich legacy through existing reciprocation between artists shared affinity for music.

T$oko’s debut track 'Blasphemy/Mirror' dropped in mid 2017, later accompanied by a double release of 'Fourth Quarter' and 'Hakuna Matata'. These lyrical masterpieces, gained acknowledgement and support by Triple J and Triple J Unearthed. February 2018, was particularly memorable for T$oko, after being announced victor of the Triple J Unearthed Laneway Festival Competition. There, he performed alongside International artists: Anderson Paak, Mac DeMarco, and The Internet - to name a few.

A month later in March on the East Coast, T$oko supported the likes of International Hip-Hop artists/producers Wale, Metro Booming, Tyga, Madentyo and Lil Wayne at the sold-out Jumanji Festival in Melbourne and Sydney. Triple J Unearthed also dubbed T$oko an artist to 'watch out for in 2018', as well as a notable starting 5 independent hip-hop artists in Australia at the moment.

He added to his impressive list of collaborations by featuring on 'Vibe', a single from one of Australia's largest EDM Producers - Just A Gent; amassing over 700K streams within the first few months of 2018. T$oko also succeeded in earning his place in the first round acts announced on the Big Sound Lineup - the cornerstone of Australia's new music festival.

It's irrefutable, T$oko has witnessed strength to strength along his musical journey of genius. 2019, will undoubtedly showcase the tenacity, spirit and flawless workmanship of an undisputed artist, rising to new challenges and exceeding his musical parameters.

The creative-lab is already cooking, with a debut E.P at the beginning 2020, a lost files tape within the same and another project on its way.

My sound is definitely a direct reflection of what I have been exposed to musically and where I am from , growing up in Zimbabwe, having family in the UK and now Australia , I am a product of my environment , I guess you could say my music is like a nice bowl of gumbo. You going to get all type of different flavors and ingredients.

What can punters expect from a T$oko live show?

good vibes , good feels , loads of energy and we try and keep it real live. If you didn't know who i was before i hit the stage. I definitely wanna make sure u had a blast and know who i am once my set is finished. Or at least have you asking the next person who that was or where you can find the music.

"Later is always greater  and its not a race its a marathon." Anonymous  Sometimes people  like to fast track there success and they get caught up in the hype. They are here one minute and gone the next because they never really had to put in the work or work at their craft. I have enjoyed the ride so far , and appreciate everyone who has even taken the time out to show a interest to this point

Ooh thats a tough one, I would either have to say Bernard Fanning - Wish you well.  or possibly Better - John Butler trio. That being said i think ill have to go with the home team , shoutout to  John butler and the whole fremantle maaan!

I'm sure. I'm sure..  Another tough one besides Ta-ku feat JMSN x Sango - Love Again. I will go with Tear us apart - INXS , i think their catalogue  was some of the first music from an Australian act i really became aware of while i was still growing up overseas . The raw emotion that pours through the track and Michael Hutchence's lyrics are really something. Outside of the success they had on a pop level,  I really believe Michael Hutchence is underrated as a song writer. lol

Depends what type of setting I would be spinning in. If it was a throwback set i would probably go INXS - New sensation. If it was pub flows I would do Darryl Braithwaite - Horses. And if its a new age set either One Day - Not Many (Like A Version) or DZ Deathrays - Gina Works At Hearts. My crates run deep , i am sure i would have something for whatever the occasion called for. haha .. Mixmaster Soko got you. lmao

Ecca Vandal. Me and the band Foam were handling supports. Amazing gig. Such a vibe and a blend of genres. My kind of gig:)

Tell us about the bands or people in the Perth music community that inspire you.-

Being based in Fremantle , I tend to soak up a lot of whats going on around me. Its such a melting pot when it comes to culture and music definitely Tame impala and all the other artists from Perth that have come out and done great things just to name a few.

I also cant forget my brothers from Tone Youth Collective who I work with. We always try to push each other and everyone brings they own twist to the table.

Just keep introducing to people who i am as a artist and what my music is all about. I have got some pretty cool stuff coming up that ill be dropping real soon.  I feel like people still haven't seen everything i can offer from a artist standpoint so that's exciting for me. I don't want to say I have been holding back but there certain bits n pieces of music which i have held back that may surprise some people so I am excited to share what I have been cooking up. Also excited to drop some new music with my squad Tone Youth , I feel like we have a good chance to really show everyone what Perth has to offer and rep the 6k in the right way. Salute to everyone who has paved the way thus far. Also look forward to playing some shows and releasing some collabs with some special people. Stay tuned. 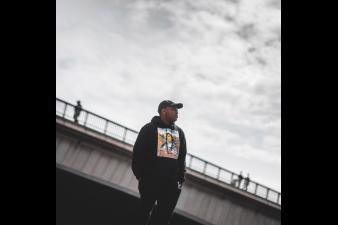 Energy is at an all time high! Nice one legend!

Energy is at an all time high! Nice one legend!

you can trust t$oko to bring some effervescent, mega infectious vibes on just about everything he touches and there's no exception here!

you can trust t$oko to bring some effervescent, mega infectious vibes on just about everything he touches and there's no exception here!

HOT damn. The fire is BLAZIN' but it can't touch me because I'm fresh AF after listening to this new track.

HOT damn. The fire is BLAZIN' but it can't touch me because I'm fresh AF after listening to this new track.