'WeirdoGvng' is an Australian Hip-Hop group based out of North-Canberra, ACT.
Comprised of three artists; Amaeze Enyi, Partyateleven and Ikenna, the trio formed WeirdoGvng after the local success of a collaborative song they released in April 2016.

Since that fruition, the group have appeared at many local shows and festivals, captivating audiences with their polarising, high-energy performance, allowing them to acquire a strong following in Canberra.

WeirdoGvng's sound is unequivocally authentic, utilising dizzying lyricism and wordplay coupled with electrifyingly complimentary adlibs and spirit-melting vocal melodies over an array of experimental sample heavy Boom-Bap and ear warping Trap production, they have a style that any Hip-Hop, Trap or RnB fan can love and are truly the epitome of Genre Benders. 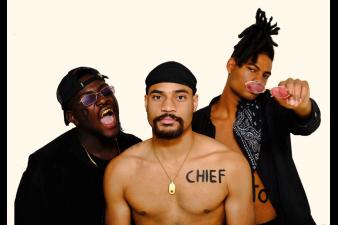 Canberra and Ballarat are going to be lit early!
More

It's called Lowkey but I'm highkey vibing. Drip goes off!

It's called Lowkey but I'm highkey vibing. Drip goes off!