Thy Art Is Murder, Decapitated, Behemoth, The Faceless

Since late 2011, XENOBIOTIC have built a reputation as a one-of-a-kind experience in terms of live performance and musicality. The band has developed their signature sound through combining the best elements of old and new schools of heavy music.

In March of 2013, XENOBIOTIC released their debut EP WRAITH, which has been met with international recognition and acclaim. The EP has gone on to earn them support slots with Australian heavyweights I KILLED THE PROM QUEEN, BORIS THE BLADE, SAVIOUR and STORIES among others. The very end of 2013 saw the band release ARES, a 2 track project intended to showcase the band's reinvention of their sound.

XENOBIOTIC have started 2014 with a bang, earning themselves supporting slots for BORN OF OSIRIS (USA), AFTER THE BURIAL (USA) and THE ACACIA STRAIN (USA), as well as scoring opening positions on the SOUNDWAVE FESTIVAL and FREE YOUR MIND tours. https://www.facebook.com/xenobioticau https://xenobiotic.bandcamp.com/ http://www.youtube.com/watch?v=sOBzbmeqKWU 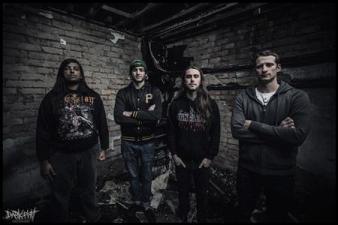