Zane Francis is a talented songwriter and producer, a twenty-two year old, a perfectionist, a proud Indigenous Australian and this weeks triple j Unearthed Feature Artist. He recently won our competition to be flown to Darwin to perform at the National Indigenous Music Awards, where he wowed the crowd with a moving rendition of his beautiful track 'Acclimate'.

Read Interview
You were the winner of our National Indigenous Music Awards (NIMAs) competition and got to fly to Darwin to perform at the awards. Could you tell us about the highlights of that experience?
I know it's pretty anticlimactic but I would put down soundcheck as a major highlight, it was when it all kind of hit me as I reminisce on the experience, that brief fifteen minute frame stands out to me the most. There I was on a hot Darwin stage (the heat is something else), a five hour flight away from everything I knew, sound checking a song I wrote and recorded in my bedroom five months ago which I ended up throwing on triple j Unearthed with zero expectation that it was even going to be heard, let alone loved enough for me to be where I was! That was the first “hold up guys, just gotta pinch myself” moment. Having the front of house sound tech approach me after with nothing but praise for my mixing/setup and sonics of the track was the cherry on top.
After digesting the elevating emotions of soundcheck the actual performance a few hours later felt so so natural and right, I just hope what I was feeling tricked down into my performance. On top of all of this I got to meet Briggs and James (One part of Sietta) and spent all my free time eating BBQ pork rolls at the local food markets with them, heaven!
We’re loving your track ‘Acclimate’. Could you tell us about the genesis of that track and how you developed your sound?
I can’t really explain how Acclimate came about, all I remember is sitting at my piano late at night, not really paying attention to what I was tapping away on the keys and before I knew it I had the entire first section of the song written, the lyrics and chords just flowed through all at once. Songwriters love it when this, almost channeling, thing occurs. Its a rare and beautiful feat! The second section of the track that involves the heavier electronic environment really stemmed from the bass synth I created, it was dirty, heavy and imperfect sounding in every way and it was just perfect to counteract the ‘prettiness’ of what was built in the first segment. I guess I have my overwhelming love of post-dubstep/bass/trap to thank for paving the way in terms of the synth selection and overall tone in that last section. In terms of developing a certain ‘sound’, that never stops for me and I hope it never does!
What’s your greatest source of inspiration for making music?
My greatest inspiration is definitely the challenge of songwriting/producing, the challenge of capturing raw emotion in a track.
What can punters expect from your live show?
Most probably myself dressed up in some long flowing garment, becoming swept away in my own sounds and forgetting I’m performing in front of a crowd haha! My bass face game is strong (and even trap arms, if you’re lucky haha), pictures captured at my NIMA performance proves it.
What’s the best advice you’ve been given and who was it from?
“Change what you can, accept what you can’t and be wise enough to know the difference” - This quote was recited to me by one of my closest mates, Cameron, in a time I needed to hear it. I lived by it ever since!
What Australian track would you play to cheer up someone who was crying?
Gotye - Learnalilgivinanlovin. Brass fanfares...need I say more?
What Australian track would you play to someone to make them cry?
Vance Joy - ‘From Afar’. Had a bit of a teary when I first heard it, don’t even get me started on the video clip. THE FEELS.
You’re the DJ at a party. The dance floor is pumping. What Australian track do you put on next?
Ta-ku - Closet Drake Fans.
Tell us about the bands or people in the Indigenous music community that inspire you.
I ADORE the new wave of young indigenous artists coming through at the moment, from the front runners like Thelma Plum to the more subdued but none the less beautiful multitudes of projects on Unearthed.
What are your plans for the rest of 2015?
Focusing on writing and developing/defining my sound. I wanted to throw out an EP before the end of this year but we’ll see how it goes, Im very much a perfectionist and won’t release anything until I’m 110% happy with it.
View Profile Hide Interview 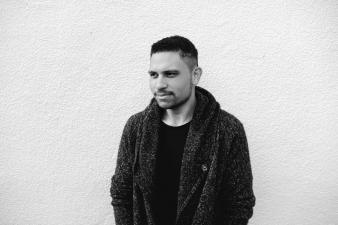 Congrats to Zane Francis! He's flying to Darwin to perform his knock out song Acclimate at the NIMAs on July 25th.

I did a big audible sigh after the first line and I was hooked in for the rest of it. You're a talent.

I did a big audible sigh after the first line and I was hooked in for the rest of it. You're a talent.