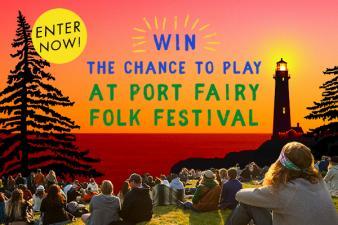 Big news. ABC Radio Victoria and triple j Unearthed are putting the call out for a deserving Victorian band or artist to take to the stage of the much loved and world renowned Port Fairy Folk Festival.

By uploading your music to Unearthed, one lucky act will win the chance to join Port Fairy's star-studded line-up, alongside the likes of The Teskey Brothers, Pauline Scanlon, Black Sorrows and more. Now in its 42nd year, the Port Fairy Folk Festival takes place over four days on the Labour Day Long Weekend in March, with over 100 Australian and international acts performing across four huge stages. The winning act will secure themselves a coveted spot on line-up.

The competition is open to any artist or band based in regional Victoria, as long as you are unassigned, and independent and make great music! So, get cracking and this opportunity could be yours!

To be in the running, upload your songs to triple j Unearthed! You also need to include the hashtag #PFFF in your track title to be eligible for the competition.

This competition runs until the end of October 2017. 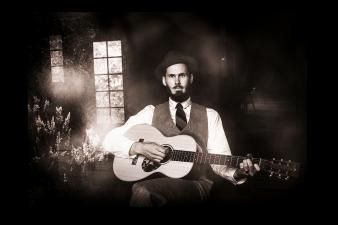