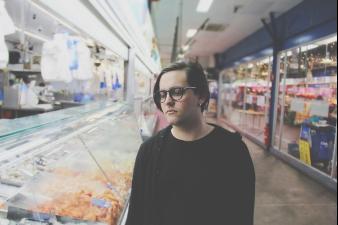 Owen Rabbit is a multi-instrumentalist and producer out of Melbourne's northern suburbs. He plays rubbish, bottles and matches like instruments, anything he can find that makes a sound.

Read Interview
Tell us about your music. How did you develop your sound?
I got given a field recorder for my birthday by my parents when I was a teenager. I loved recording sounds from unusual places and I loved travelling. I used my field recorder through Morocco and the Southern Europe and started to place those samples in whatever beats I was making. Then I got a loop pedal and a microphone and tested out live sampling with whatever trinkets I could find. I love sounds. I love foley in films it really inspires me. I guess that mixed with my love of electronic music and jazz and soul mashes up into something like my music.
What’s your greatest source of inspiration for making music?
When I write songs I can draw on personal experiences or anything that affects me on an emotional level. Sometimes I'll try put myself in other people's shoes and imagine what they're going through. I usually write music when I'm not near my instruments. I tend to think about little hooks, sounds or sometimes whole songs when I'm on the bus walking somewhere. Sometimes I even drift off when I'm talking to someone.
What can punters expect from an Owen Rabbit live show?
I build a piece of music layer by layer with my toys and rubbish. Then I play my synths and drum pads, my guitar and use my voice. Sometimes it's a little rough but it's because it's all happening right there.
What’s the best advice you’ve been given and who was it from?
Lachlan Mitchell told me once to encourage myself to be sensitive. He said that there's all different kinds of people in the world and they all play an important part and contribute to helping human kind as a whole. And while usually those who are strong are celebrated for their stoicism, their sportsmanship or their abilities as leaders, humanity needs sensitive people just as much to help guide them through their dark times and show them they aren't alone.
I personally can't think of a better explanation for how and why people make art. That guy kinda blew my mind. He's an incredible musician.
What Australian track would you play to cheer up someone who was crying?
Hiatus Kaiyote - Nakamara
What Australian track would you play to someone to make them cry?
Fractures - It's Alright
You’re the DJ at a party. The dance floor is pumping. What Australian track do you put on next?
Black Vanilla - Slug
What was the last local gig you went to? How was it?
Dear Plastic, Kalacoma, Matt Kelly (Mayfair Kytes) at The Workers Club. It was incredible. My 3 favourite acts in Melbourne.
Tell us about the bands or people in the Melbourne music community that inspire you.
Hiatus Kaiyote are pretty undeniable. They're incredible. I supported Nai Palm for one of my first gigs, she's an incredible vocalist. I loved the raw energy of Mangelwurzel when I first saw them a few years ago. And the phronetic, surreal and impossibly complex Kalacoma have such an inspiring approach to live sound. They are a very much live electronic band. There's so much good music in Melbourne.
What are your plans for 2016?
I plan to release an EP early in the year. Then I'm going to Brighton, England for the Great Escape Festival and some shows in Europe. After that I'll be doing my first Australian headline tour and getting stuck into writing my debut album.
View Profile Hide Interview 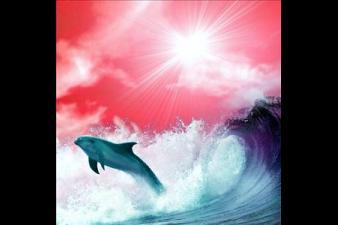 Wave Racer is 19 year old Sydney producer Thomas Purcell. His music is all sunshine and synthesizers and 90s gaming systems.

I've been making dance music for a few years actually, but I only put my first Wave Racer tunes up online about a month ago. After making primarily sample-based house music for a long time, I became more interested in synths and sound design and decided to go in that direction with my production. I'm interested in lots of different styles of electronic music and I think my tunes reflect that. But this kind of sound is still quite new to me and it's definitely still developing.

I haven't done many Wave Racer gigs yet, but I like to keep my sets pretty upbeat. I use Ableton and a couple of MIDI controllers and basically DJ using that, but it's not really the same as a normal DJ set. Ableton allows me to be a bit more flexible and I do a lot of looping/mashing/glitchy effects and stuff like that. I also change tempo a lot and try to find interesting ways to mix between styles. It's good fun, haha! I'm really looking forward to doing more shows soon.

Yeah I like dolphins, they're cool. I don't really know why, there's just something about them I guess. They're just really majestic and graceful, haha.

Who/what are some of the biggest influences on your music and why?

Artists like Rustie, Cashmere Cat, Hudson Mohawke and Girl Unit are all massive influences because they each have such a unique approach to their production and sound design. They sound like themselves and it's hard to compare their sounds to anything else, which is refreshing. But I also draw a lot of inspiration from lesser-known producers who are making amazing music – LiL TExAS, Mr. Carmack, 813, Djemba Djemba, just to name a few. I'm also really into 70's and 80's disco and soul music. I listen to a lot of bands like Shalamar, Luther Vandross, L.T.D, The Whispers, etc – the chord progressions and melodies in that stuff, it's so feel-good, haha, I love it.

Loads of exciting things coming up this year – I'm already working on remixes for some awesome artists that should be coming out later this year. I've also locked in a few gigs in August that I'm really looking forward to. I should hopefully be making some new originals soon too, maybe even get an EP together. Some labels have expressed interest so we might see some official Wave Racer releases, who knows!

…taking over. Watch out!