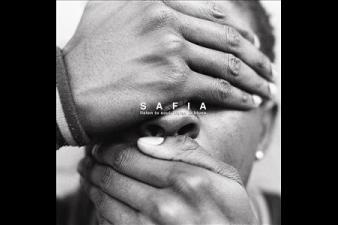 Sydney duo Boo Seeka have been together less than a year but already have two great singles to their name, a European tour under their belt, national tours on the horizon and they are this weeks Unearthed Feature Artist. Impressive stuff, huh?

Read Interview
Tell us about your music. How did you develop your sound?
It's still developing. We only met the last week of December last year. So we've been putting it together as we go along. Making it up. We feel like we've really struck on something and and we're headed back into the studio with a few ideas soon. We recently toured Europe and owing to the extraordinary generosity of a dude there - who drove us around (Germany, Holland, Belgium and France), we found ourselves with a bit of time on our hands so we came back with a stack of ideas. At the moment I guess we classify as some sort of mutant soul/trip hop/dreamtronica. Or Something.
What’s your greatest source of inspiration for making music?
I wouldn't really feel you can cut off any angle of inspiration. Whether it's from listening to music or your everyday doings. The Swans, they're an inspiration. Massive Attack. The Princess Bride. Bootleg Rascal's QDome - he's an inspiration. Realistically we'll take it anyway it slaps us.
What can punters expect from a Boo Seeka live show?
You could reasonably expect some solid arse otherworldly material. Na, it's a post disco, trip hop tyranny. Sammy Seeka has what most people rate as an ok looking dial, so that's got to go in there, that plus some danceable beats some dicey dance moves from onstage and our own take on performance. Hey, we've got something. From time to time we'll have speccy guests too and we've got a bunch of material now. I don't know, a lot.
What’s the best advice you’ve been given and who was it from?
This opens a big door, doesn't it? I'll slip through a couple of things while it's ajar. "Don't listen to me" was one. I can't remember who told me now, which I guess is a pivotal thing. But I remember thinking that's as good a piece of advice as I'm going to hear today when they told me. I also like a couple of more general quotes/pieces of advice - Winston Churchill's answer to the question of cutting funding to arts by saying: "Then what are we fighting for?" And Jim Carrey said "I learnt that you could fail doing something that you didn't want to do," when he was talking about his father.
What Australian track would you play to cheer up someone who was crying?
Would it depend on what was happening? Maybe Ball Park Music? I'm not sure, what are they crying for - that could influence it.
What Australian track would you play to someone to make them cry?
Anything from Idol. Or you know, one of those franchises. They make me cry.
You’re the DJ at a party. The dance floor is pumping. What Australian track do you put on next?
Geez. Bad/Dreems: Hiding to Nothing. Vallis Alps. Lyall Moloney: Running For You.
What was the last local gig you went to? How was it?
Caught Alpine a week ago. First time seeing live, epic, cracking new single by these guys.
Tell us about the bands or people in the Sydney music community that inspire you.
I'd say look to the new Bootleg Rascal record. I've heard it and it's great, there's a cracker on there called Asleep In the Machine. That's going to be real good that record. We've worked with them a bit - they just told me it hasn't been released yet.
I find that you kind of have to make the most of wherever you are and whatever there is, when you're speaking about a music community. It's pretty hard core to be in Sydney and involved in music at the minute but I guess it's been that way for a while. That said, venue wise, the Newtown Social is a great venue and we did 3 gigs in a residency/run at the Hibernian and if the lifts had been working for the gear that we had to ship in there, that would have been pretty perfect too. Mind you I don't think they'll be having us a back in a rush - we made a bit much noise for them I'd say - seemed like it. There's a stack of really creative stuff going on in Australia in general, Sammy's just mentioned an act Cooper Pedy University band with a song called Kookaburra. I haven't listened to that yet but i just saw that the labels called Krautback - that's something eh. I love some of the guys that have been out there running creative for a while, I'm a big fan of Katalyst and anything Ashley does in general. The guy we work with on production Ian, has a new thing that he's working on -  he's been calling it Kel. E not sure - we'll tag it into something when it's done.
What are your plans for the rest of 2015?
Funny you should mention that, we're looking into buying new banana lounges and cuban cigars and floating off into the sunset.
Na, really it is funny you ask because we've just looked it up and it looks something like this - there'll be another single later in the year at some stage and we already know which song that is.
1) Hit the studio now and get 10-14 tracks up to speed before September - so that's busy.
2) AUGUST: release an EP which will have both those songs plus two more and perhaps an acoustic version of Kingdom Leader
3) AUG & SEPT: national tour as main support for SAFIA
4) OCT: another support - watch this space
5) NOV: head back to Europe for last 3 weeks of November - and now into the first week of December - Holland, UK and Belgium
6) DEC: 3 festivals for the New year period
7) Have the album ready for release early next year - artwork and all recording done in Nov.
8) FEB: headline tour for Feb or perhaps March next year
9) Have the album ready release for late Feb or early March 2016
View Profile Hide Interview