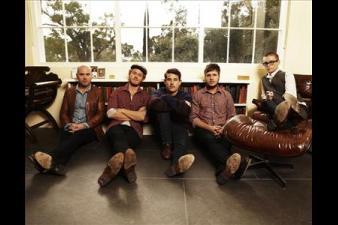 Boy and Bear are an indie folk group from Sydney whose three songwriters combine 70's rock with catchy hooks and church-like harmonies.

All four of us come from quite different backgrounds and musical tastes. It’s kinda founded on the Americana big harmony vibe, through a big dose of indie rock, folk and even as far our as Siqur Ros. Everyone was really able to bring such different musical perspectives to the project , and I think that pushes the tracks further. We love the idea of not being predictable. We want to surprise people with our songs, keep them interesting whilst still keeping to the chugging melodic vibe we have love so much!

Cranking.. Ha. Three part harmonies make a fun challenge and keep us on our toes!

What were you all doing before this? Tell us about all those other bands you’re all in!

All four of us are originally from our own bands. Killian fronted a band called Ovell, likewise Tim lead a group called Wintersound, Jake played in a crazy experimental group called Tripartisan Approach and Dave Hosking played as a singer/songwriter. All four of us became good mates whilst sharing the stage over many occasions. We started jamming together and the musical magic just sort of happened. Hence the birth of 'Boy & Bear'

What’s coming up for Boy and Bear in the future?

We’re currently finalising a late November tour in Sydney, Briz and Melbourne. Loose dates are: Melbourne Nov 27, Sydney Dec 4 and Brisbane Dec 11. Other than that we are planning an EP for release late February 2010, and then I guess presidential leadership of the US by 2011!

Booming! We’re all really thrown back by the amount of great acts flying around right now - Megastick Fanfare, Joysticks, D'animals, Sherlocks Daughter, The Middle East etc... Kind of a good time to be involved in what Australia is doing right now... 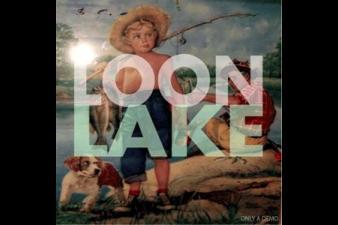 We are all very much into music, going to gigs etc... and we all seem to have similar taste. So basically we all decided to get together and come up with at least ten songs no matter how long it took (ages) and if a song or idea gets brought into practice, if even one of us doesn’t like it, its sacked and we move on. We are conscious of not sounding like other bands, ripping anyone off and we try to stay away from the melancholy stuff, we want people to have fun and enjoy our show the same way we would watching a band. So by sticking to these few loose rules, our sound is developing and evolving pretty naturally. In terms of gear we like the more vintage sounding amps and pedals with a bit of quirkiness about them and our beats have to make you want to move, even if it’s just a little bit.

We really have only just started playing live so I think we could probably loosen up a bit on the performance side of things but in terms of the songs, we pride ourselves on being tight and putting everything into it. We don’t get too deep and talk heaps of shit about the songs, we try to have no more than a few seconds between each one so we keep the energy up and keep everyone interested. Sometimes we throw money out to the crowd.

Tell us about working with three brothers?

Think Gallagher brothers only worse. We all hate each other. Na, its all pretty easy. There is no real leader or strong personality amongst us, we are all good mates and we respect each other’s opinions and we have a lot of laughs. Also the brothers have no problem telling each other when they think something sucks.

We just want to play as many gigs as we can and see where it takes us. We are constantly writing and waiting for that buzz when a new song pops up out of nowhere and I guess we want to headline Glastonbury and then retire.

I think its blossoming and its all ours!