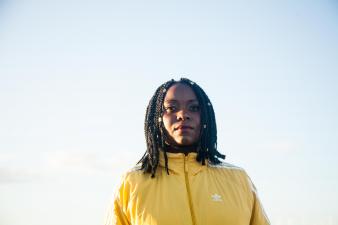 Blaq Carrie is a Zimbabwe-born Brisbane-based rapper and the winner of our Sprung Festival competition. She'll be opening the festival at Victoria Park, Brisbane on Saturday 21st September.

My music is all about “Keeping it real”. I developed my current sound through trying out different styles and flows until I found one that matched and delivered my passion better.

You’re one of the winners of our Sprung Festival competition and will be playing the event in Brisbane on Saturday, 21 September. What are you most looking forward to about Sprung?

I am mostly looking forward to connecting and capturing peoples hearts with my music.

What ‘s the best advice you’ve been given and who was it from?

Learn to enjoy and appreciate life regardless of your 'haves' and 'have-nots', and do what your most passionate about. Those were some wise words from my late grandmother.

Stalk me on my Facebook page to find out :) 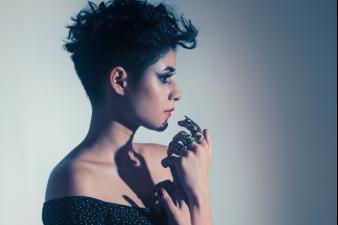 Montaigne is the stage name of 2012 Unearthed High finalist Jessica Cerro. Since impressing us with her Unearthed High entry 'Anyone But Me' she has taken a couple of years to refine and develop her sound - and boy oh boy was it worth the wait! The first offerings from her forthcoming EP are big and bold and beautiful, and available here on Unearthed.

Tell us about your music. How did you develop your sound?
My sound is rather intertwined with my subconscious so however I feel as a human being mentally, intellectually and spiritually shapes the kind of sound that manifests in my mind and which I seek to give substance to. I have very few production skills and play only two instruments, one (the piano) at a very basic level, so the way the songs ended up on the EP was shaped largely by the big conceptual ideas I was throwing at Tony who produced it and the way that Tony understood them. And of course by the references I gave, such as M83, Arcade Fire, Owen Pallett, Edward Sharpe & The Magnetic Zeros, Björk, Sigur Rós etc. I think the greatest influences in the development of my sound were the sounds of other artists, my own holistic self-development and of course the second party (Tony) involved (when someone else is involved, they’re always going to imbue a small piece of themselves). I do a lot of humming, too, and have a penchant for harmonies.

What’s your greatest source of inspiration for making music?
Life, I suppose. Things as they happen to me. Anything which elicits a creative reaction from me. I don’t like to force the process of making music, music for me is like something that’s always happening in my body and every now and again it seeks outlet. When I sit down and say, okay, I’m going to write a song now, whatever I write is crap. It’s when I surprise myself with a line or a quick melody that I write my best songs, they develop from there. Spontaneity is key.

What can punters expect from a Montaigne live show?
Some pretty loud vocals and some pretty wild gesticulation. Something you should engross yourself in and join. Whatever joining means to you.

What’s the best advice you’ve been given and who was it from?
I get this advice from many people, amongst them my parents and even John Watson, one of Australia’s most successful managers: don’t underestimate yourself. Or further than that, trust yourself. I’m a bit of a perfectionist so I get told that a lot with regards to my songwriting and my voice. And it’s important that I hold to that because I get frustrated easily if what’s in my head just won’t come out of me in exact form.

What Australian track would you play to cheer up someone who was crying?
Rock It by Little Red. Always.

What Australian track would you play to someone to make them cry?
Providence by Lisa Mitchell. Wouldn’t be tears of sadness though, more tears of wonder.

You’re the DJ at a party. The dance floor is pumping. What Australian track do you put on next?
My People by The Presets. Ooft.

What was the last local gig you went to? How was it?
The last gig I went to was Big Scary at Manning Bar. The band was freaking great, just their presence was enough to satisfy me I love Big Scary so much.

Tell us about the bands or people in the Sydney music community that inspire you.
I have a good friend who’s soon to put out a first single under the artist name Dead Language who constantly impresses me with his ability to balance uni, music and work. He’s got a really strong voice too, his growl power is crazy. He’s someone I can talk to about all the music stuff which I really appreciate, and he’s really passionate about it which I also really admire.

What are your plans for Montaigne in 2014?
In the immediate future, I’ll be on a panel for ABC Splash & Unearthed High in June where I’ll be performing a couple of songs acoustically. In the more distant future, there’ll be gigs coming up and I’ll be starting a new record… 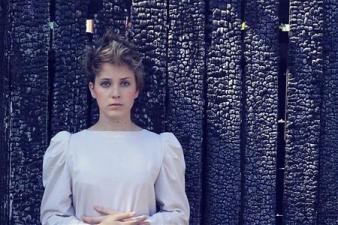 Emma Louise is a Brisbane-based artist with talent well beyond her 19 years. We're blown away by our first taste of her forthcoming EP.

I moved from Cairns at the beginning of last year to start taking my music further. Instead of jumping straight in and doing heaps of shows I found myself looking at a lot more music and seeing a lot of live bands that I never saw in Cairns and thought 'holy moly I need to develop my songwriting before I do anything'. So I just wrote a lot of songs, listened to heaps of different music and experimented with friends that were producers. I finally started recording with an old friend from Cairns, Mark Myers, and it just worked really well.

How do you feel about involving others in your creative process?

I have tried to write songs with other people but so far no luck! I am really keen to start co-writing more and get out of my stubborn solo artist ways.

A man called Terry Doyle taught me heaps of things. He saw me play when I was 15 and mentored me for a few years in Cairns. He told me not to compare myself to other artists because we are all different and just to be myself... also to be really nice to your sound dude because he has the power to make you sound good or really bad.

Tell us about the bands and people in the Brisbane music scene that inspire you.

When I first moved to Brisbane I had a brief job in events management and was working with two other Brisbane musicians, Dan Parsons and Steve Grady. I reckon they are two of Brisbane's best songwriters. We didn't really do much work... We used to just jam all day and get paid for it! It was awesome! Although maybe not so much for our employer. I see them as two big brothers and they really helped me settle into Brisbane. I love watching them play live as a duo and both their solo shows are awesome too.

Well I release my first EP in April and I got the opening support for Boy and Bear so that's exciting! I'll be touring with them in May! :D I'm really keen to just play as many shows as possible and start to do stuff with my music.

...really awesome. My biggest musical role models are Missy Higgins, Josh Pyke, Sarah Blasko and Lior. Missy Higgins really inspired me to start writing music. My dad bought me her DVD and took me to her show when she came to Cairns and that got me started on writing songs. 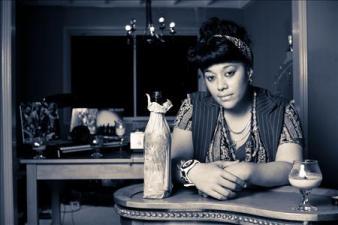 Kenzie FromWelly is a Brisbane-based MC gifted with a natural flow and a love for the classic sounds of 90s hip hop.

My music is a reflection of my culture and perception. It's more questions than answers. I developed my sound through alot of listening. I think when learning something you first emulate the teacher, then once you've spent enough time doing the thing yourself you develop you own flavour. In my case, I firstly pretty much just copied american gangsta rap, but when I finally had something of my own to say, I guess it sounded like me.

My live show is more intimate. I have to admit I haven't gigged in a minute but definitely will look to asap.

You’ve said your style is influenced by jazz, funk and 90s hip hop. What was your introduction to those styles of music and who are some key artists that inspire you?

My first introduction to music was through my parents. They owned a huge CD collection which housed artists from Elvis, Randy Crawford, Isaac Hayes, Bob Marley, Motown and Fleetwood Mac to Solo, TLC, Warren G and Toni Braxton. It slowly dwindled away as we started playing and misplacing them. I grew up around boys so the first hip hop track I remember playing as a kid was "Colours" by Ice T. I am inspired by people in general and the world. Musically I guess by artists like Queen Latifah, Blu, Mc Lyte, Frank Ocean, Outkast, Ab Soul and Skyzoo.

You’re originally from Wellington, NZ. Who are some current artists from across the pond that Australians should be keeping an ear out for?

There's a lot of good music in the works back home. Groups like Homebrew and @Peace are killing it right now. Iva Lamkum and Aaradhna are holding it down with silky smooth vocals for the ladies. Should also keep an ear out for up and coming artists like Spycc & INF, Jane Deezy, Lacoco, Raiza Biza, Rizvan, The Doqument, Midnight Trips and Xbozay (also based in Brizzy). I can also say I've had the pleasure of working with a few of these talented peeps.

I've recently released my debut mixtape "Dirty Demo Links", which you can catch here. I'm also working on two projects. The first is a joint project with Brisbane based producer (and my cousin) HeapRize. It's titled "Awakening Prologue". The second project is with a NZ producer, I may just keep this under wraps for now. :)