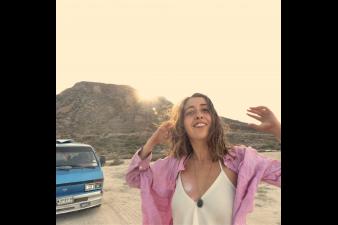 If Kate Bush, US Girls and Kim Gordon were to have a boozy, late night jam sesh, the result might sound a lot like Gabriella Cohen.

Tell us about your music. How did you develop your sound?
I have a three step program that I'm going to make available to the public once I master the third step. All in all, try to get as close as you can to nature.

What’s your greatest source of inspiration for making music?
L.O.V.E

What can punters expect from a Gabriella Cohen live show?
To be entertained.  We are getting some fireworks for the album launch.

What’s the best advice you’ve been given and who was it from?
"Don't get into the music business" - said to me at a young age by a family friend.

What Australian track would you play to cheer up someone who was crying?
Shalala by Moses Gunn Collective.

What Australian track would you play to someone to make them cry?
Don't Disagree by The Jensens.

You’re the DJ at a party. The dance floor is pumping. What Australian track do you put on next?
Friday On My Mind by The Easy Beats

What was the last local gig you went to? How was it?
Lalic. They are a great band from Melbourne and one of my favourites. Brilliant songwriting.

You’ve recently moved from Brisbane to Melbourne. Tell us about the bands or people from the Brisbane music community that you wish you could’ve smuggled down with you in your suitcase.
Wish I could have taken The Furrs, The Family Jordan and Amela. Oh and The Jensens.

What are your plans for 2016?
Release Full Closure and No Details and another EP or 2. Play CMJ. Play Europe. Enjoy life. 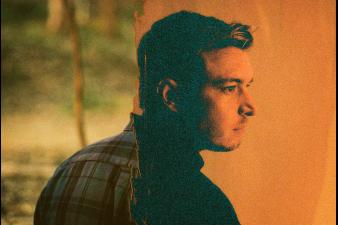 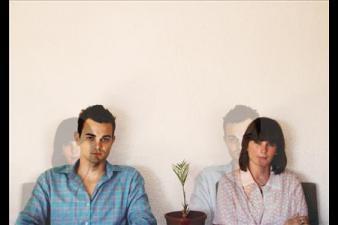 A passionate two piece from Melbourne who pride themselves on the variety of music they produce, from indie rock to folk. And we're thrusting them on stage to play to the all ages crowd at The Pushover Festival in Melbourne on Sunday!

We started jamming about 3 years ago playing acoustic ballads. We started having fun playing with electric guitar and drums and trying to get a full sound from the two, and from there we developed a taste for upbeat garage/rock songs. We then began trying other instrument combinations, most recently we’ve enjoyed combining piano and drums. We enjoy trying to be as diverse as possible.

What can the Pushover Festival audience expect from you live show?

We plan to stick to straight jazz, and when people least expect it, drop in some Weather Report and blow people’s minds! Nah not really, we’ll stick to a pretty rocky set, perhaps with a few percussive jams. We also plan to put our new keyboard to good use, and play our latest single “Falling Away”, should be a blast!

Who are you most looking forward to seeing at Pushover Festival?

Throughout the year we plan to release an EP for every season. We’ll start with autumn, and finish with summer this time next year. There’ll be free downloads, launch parties and tours throughout the country. We’ll also be supporting The Vasco Era on their national tour through April and May.

Like being a kid in a giant Lolly store: it’s packed with goodies. And if you’re willing to dig around a bit, you’ll always find new and unexpected treats! 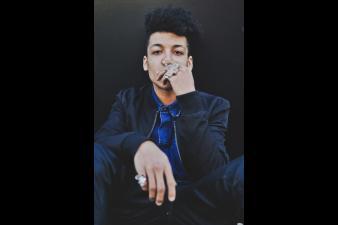