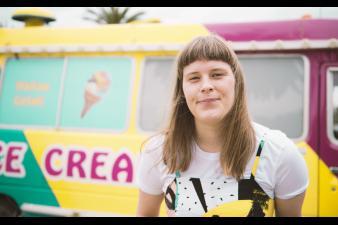 Melbourne producer Alice Ivy is one of the winners of our Listen Out competition. She'll be taking her blissed out soul-inspired beats to the 909 stage of Listen Out in Melbourne this Saturday, September 24.

Read Interview
Tell us about your music. How did you develop your sound?
I have always been super into soul music. I used to play in an all girl soul band, we used to arrange old soul classics by Marvin Gaye, Etta James, and also soul stuff by artists such as Jill Scott. Playing this music is what made me obsessed with it. A few years ago I was introduced to J Dilla and The Avalanches, and I was really inspired to make music like that - beat driven sampled soul that just made you feel good.  Once I got into production at uni I realised this is what I wanted to do!
What’s your greatest source of inspiration for making music?
Creating music that makes people feel good and excited. I love that adrenaline rush you get when you listen to a song that you just love, I try and keep this in mind whenever I write.
What can punters expect from an Alice Ivy live show?
A really sweaty good time.
What’s the best advice you’ve been given and who was it from?
'Always BYO Linen' - Melinda Dine. I learnt the hard way on tour last weekend.
What Australian track would you play to cheer up someone who was crying?
The Avalanches - Because I'm Me
What Australian track would you play to someone to make them cry?
Natalie Imbruglia - Shiver
You’re the DJ at a party. The dance floor is pumping. What Australian track do you put on next?
Christine Anu - My Island Home, classic Australiana banga.
What was the last local gig you went to? How was it?
Last local show I went to was Alexander Bigg's single launch. It was phenomenal, if you haven't heard him you need to check this guy out.
Tell us about the bands or people in the Melbourne music community that inspire you.
There are so many bands in Melbourne who are absolutely killing it at the moment. Particularly recently at BigSound, it was so great seeing so many Melbourne bands up there showcasing! Artists that really inspire me are those who are amazing at what they do musically and who are just genuine people. I'm talking about artists such as Ainslie Wills and Alex Lahey - dead set legends.
What are your plans for the rest of 2016?
The rest of 2016 is looking insane, I am lucky enough to be playing some pretty amazing festivals and tours this summer! Will do some writing in between ;)
View Profile Hide Interview 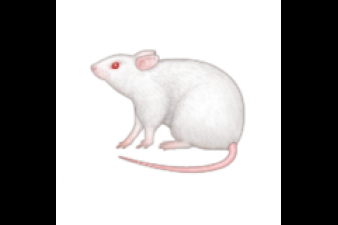 Mallrat is a Brisbane-based teenager with a knack for creating outrageously catchy pop tunes. She sings, she raps, she makes everybody dance.

Read Interview
Tell us about your music. How did you develop your sound?
I’m still developing my sound!  I listen to everything so my music is a bit mish mash, I think that’s cool though.
What’s your greatest source of inspiration for making music?
I want to document being human and imperfect and then make people feel something with that.
What can punters expect from a Mallrat live show?
Dancing!
What’s the best advice you’ve been given and who was it from?
I’m learning to drive right now and dad told me “know what you’re doing when you approach a roundabout” and “don’t spend your whole life slowing down for speed bumps”. These are both great metaphors for life.
What Australian track would you play to cheer up someone who was crying?
Sampa The Great - F E M A L E
What Australian track would you play to someone to make them cry?
Cub Sport - Come On Mess Me Up
You’re the DJ at a party. The dance floor is pumping. What Australian track do you put on next?
Flume – Sintra
What was the last local gig you went to? How was it?
I haven’t been to one in ages because there aren’t enough underage shows and I’m 17! I’ve seen Gill Bates a few times though, he always kills it.
Tell us about the bands or people in your music community that inspire you.
The Brisbane music scene is so supportive, it feels like a big family. Everyone in a band is in five other bands and if you go to a local hip hop show you’ll catch all the other guys dancing and rapping along for sure.
What are your plans for the rest of 2016?
Make music, friends and travel.
View Profile Hide Interview 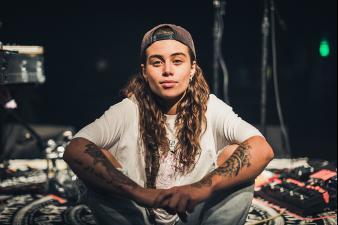 Tash Sultana is a talented and captivating young multi-instrumentalist from Melbourne who has already built up a passionate following from years of open mic nights, busking and home video recordings. We're stoked to be featuring her all this week.

Read Interview
Tell us about your music. How did you develop your sound?
I developed my sound and am forever developing my sound by being inspired by different aspects of my life and compiling it together with knowledge of sound and different instruments. Creating music has no limitation.
What’s your greatest source of inspiration for making music?
Emotion, I think that's the centre of all creation.
What can punters expect from a Tash Sultana live show?
A hell of a lot of energy from one tiny little person.
What’s the best advice you’ve been given and who was it from?
To forever remain loyal to your gut instinct - my dad told me that
What Australian track would you play to cheer up someone who was crying?
Chet Faker - Terms and Conditions
What Australian track would you play to someone to make them cry?
Mia Dyson- Jesse
You’re the DJ at a party. The dance floor is pumping. What Australian track do you put on next?
So Soldier - #1 Dads
What was the last local gig you went to? How was it?
The last local show I went to was a dude who busks around Melbourne called Reuben Stone. This guy can literally do and create anything all by live looping. He's a huge part of my motivation.
Tell us about the bands or people in the Melbourne music community that inspire you.
There's a few who I've met around over the years who've become some of my really good friends and I suppose we just push each other to work really hard and further inspire each other to be better musicians. Lyall Moloney, Reuben Stone, Josh Cashman to name a few.
What are your plans for the rest of 2016?
Got some pretty crazy plans for the rest of the year - taking things overseas. Kind of all seems a bit surreal to be honest.
View Profile Hide Interview 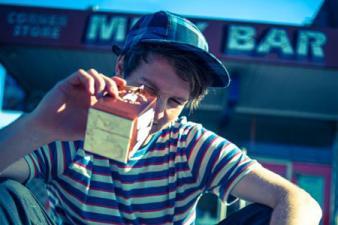 First love for hip hop started after an opportunity I had, introducing Bliss N Eso to the crowd before one of their shows. So my initial introduction to the scene was at a super high standard. That led to following a heap of other Australian rappers, and from there my taste of hip hop began to expand. After a 6 month general trip through LA, New York and mostly Toronto, I returned back home with new inspiration from all over North America. Recently I headed back to Toronto to work with a local producer 'Otis Grey', so my taste for hip hop has expanded massively, bringing multiple aspects of hip hop from so many different artists. To summarise it, seeing as I'm only 21, I still think my sound is developing - But I feel there's an art to making it work as you journey through that. So I'm sweet to just wait and see where I end up!

You’re the winner of our Pyramid Rock competition and will be opening the main stage on New Years Eve - what can Pyramid Rock punters expect from the Dylan Joel live show?

Yeah, such an insane opportunity. So stoked to be rocking Pyramid this year. Never expected to be playing a show like this so early on in my career. Was always one of those 'dream to play' kind of gigs. - So my plan is to get a little creative on this set. Not every day you get to play such a sweet show, so we're planning on having some fun with it. New tracks, old tracks, few covers. I have 3 homies that back me up for my live shows, rocking live bass, drums and vinyls - So hopefully we'll be bringing a mad festival vibe to our set! Definitely not afraid to have a boogie. So expect some real funky, bumpin' tracks!

Tell us about the bands, producers and people in the Melbourne music communities who inspire you?

Ah flip. So many. Definitely gotta throw some love to my man Mantra. Have had the priviledge to catch up with him on a fairly regular basis and take the opportunity of having him mentor me through some of the journey. Such a phenomenal rapper. But the part that really inspires me, is his passion for helping others. From volunteering with youth hip hop programs such as 'Dig Deep' to just being a really considerate dude. He's been an amazing inspiration for keeping grounded and understanding where your real life fits amidst your music life. Nate Flagrant has been a huge help too, he has been pretty committed to seeing us develop our recorded sound and our live show. Also some props to M-Phazes and Cam Bluff, as I see them as some of the most talented producers in the country. Along with the big man Illy, for not only being (what I think to be) one of the best song writers in the country, but also for his support and respect towards the new gen of rappers. Big advocate for seeing artists stay grounded and keep true to themselves. Props.

Tough question! Couldn't pick some specifically as the best, but one quote that sticks out: "Don't have everything you want, but want everything you have." - from the trusty words of a fridge magnet. Good as.

No idea ha. Get better at FIFA, write more raps, get even better at FIFA... Na in all seriousness, I'm real keen to write/release an album, which we've begun to tee up some amazing producers for. To be honest, I'm just happy with what I'm doing now. Selling out some bigger shows and playing some more festival's would be dope too, but I'm happy just kickin' it and seeing where the year takes me.