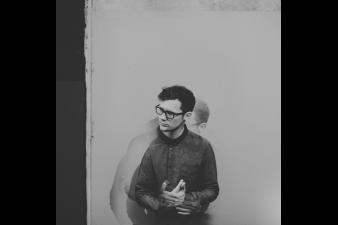 The Kite String Tangle is the experimental solo project of alternative electronic artist Danny Harley. He's one of the winners of our Falls Festival competition and will be taking his warm ethereal beats and striking vocals to the Falls stage in Byron Bay.

'The Kite String Tangle' originally started with me just making some ambient music with no drums and no vocals. Stuff to sleep to. Since then though I've been writing all sorts of stuff and I guess I've sort of found a home in down tempo electronic music.

You’re one of the winners of our Falls Festival competition. What can Falls punters in Byron expect from The Kite String Tangle live show?

It's going to be me up on stage playing a bunch of different samplers, keyboards and pads and singing. Kind of a similar set up to TEED, Elizabeth Rose, Robert Delong or Oliver Tank.

CAMPING! I haven't been camping since last summer. It's been way too long.

What are your plans for The Kite String Tangle in 2014?

I'm releasing my debut EP in February or early March and then probably doing another tour and possibly heading over to SXSW. There's a lot of really cool things in the pipeline for TKST next year but I can't mention them just yet....but I'm so excited.

Hmmmm....I really want to knuckle down and focus on making music a viable career path for me. I think that'll be my New Years resolution :-)

…in the eye of the world at the moment. So many other places are looking to Australia to see what comes out of it next. It's a musical gold mine right now. 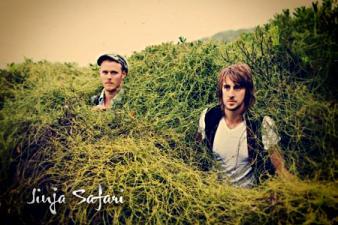 I grew up in Tasmania and my grandmother lives in Uganda, in the town of Jinja - so for some reason I always felt the connection to the music of Africa, and how, despite the oppressions of countless dictatorships, genocide and apartheid, the people of Africa always found a way to smash a drum, yelling with a giant smile, dancing barefoot in the dirt. Even though i'm a terrible dancer, and really shouldn't be doing it in public in the first place, ever, i've always thought dancing was an amazing form of expression. I think there is a big difference to the way people dance in clubs now days, to how it feels to dance alone on the beach in the middle of the night. Whether we admit it or not, everyone likes dancing. Some worse than others. We wanted to make music for those people who want to partake in a little reckless ugly dancing without feeling the social or physical restraints of having someone in a club 'grinding up in ya grill'. Pepa lives on the coast, and I live in the city: so we tossed ideas back and forth across email after meeting over a beach campfire party earlier this year. We spent about 4 weekends recording all our ideas at his home studio, where he produced the tracks that we have now, which we're calling 'Forest Rock'. We laughed the whole time, only speaking to each other in the 'crack fox' voice whilst we recorded guitar, keys, vocal parts, then banged on anything we could find for percussion. After a while, we realized we had a full set together and thought it could be fun to share it with our friends, so we put on a secret show in the forest of the central coast, got our friends to dress up as animals, and we all danced into the night.

What can the audience expect you debut show?

What were you both doing before this?

Marcus was a TV soap actor and Pepa designed trophies. Either way they were geared for success.

Probably more work on the construction site for our percussionist- Alister Pattern and myself; Hopefully lots more fun shows as well. We are looking forward to playing with Miami Horror on the 12th of June in Sydney, as our debut Sydney show. In fact, Alister's mum and little sister are coming up from Tasmania, so come and say Hi to them.

The Australian Music industry is at least 100 times healthier than Australian films. Except for that one film about Australia - 'Australia', that one was epic.