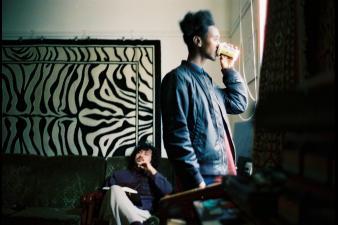 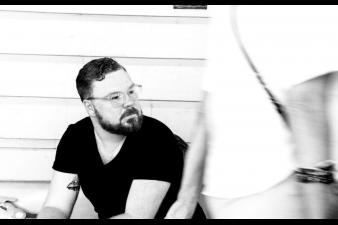 Read Interview
Tell us about your music. How did you develop your sound?
My sound comes from a variety of influences. As I grew up I would often get really into a style of music and would jump onto my computer and do my best to come up with something in the same ballpark. For a long while I got really consumed by Chillwave. I met this guy from Scotland and we started to share stems and files and work on it together on tracks. We worked together on a few small bits and pieces but he eventually headed more toward indie-rock and I went deeper down that chillwave hole which is probably where I get some of the more distant elements of my music. That friendship was pretty formative in the growth of my sound.
What’s your greatest source of inspiration for making music?
James Blake and Chrome Sparks are huge influences in what I’m doing now. I really love how extreme their productions can be. There’s probably a little bit of Jai Paul in  there too. Living quite remotely (in Bundaberg, a few hours out of Brisbane) I don’t have much exposure to a ‘scene’ so the music I make doesn’t have much external influence other than what I hear from overseas I guess.
What can punters expect from a Arthur Wimble live show?
I don't have any plans for live shows in the near future but I’ve been asked a few times now so I might start thinking about it in the future. I don’t have any strong skills with traditional instrumentation and I don’t want to stand there and put on a mediocre show so I’ll need to figure that out before I make any plans.
What’s the best advice you’ve been given and who was it from?
Make the most of the now.  I read it in a bathroom at Woodford Folk Festival and it’s weirdly stuck with me since.
What Australian track would you play to cheer up someone who was crying?
Bluejuice - Act Yr Age
What Australian track would you play to someone to make them cry?
Bluejuice - Act Yr Age
You’re the DJ at a party. The dance floor is pumping. What Australian track do you put on next?
GANGgajang - Sounds of Then (This is Australia)
What was the last local gig you went to? How was it?
I was working at Woodford Folk Festival and I saw The Cat Empire. Not the edgiest band in the world but there’s a raw sense of fun in their live show that just can’t be faked.
Tell us about the bands or people in your music community that inspire you.
I don’t really have access to much of a music community due to my location. Also, working anonymously means I don’t have much opportunity to network. I often see groups of Australian electronic musicians communicating together on twitter and working on songs together and imagine it’d be fantastic to be a part of that sort of community but I also like being a bit of an outlier.
What are your plans for the rest of 2016?
I’m working on a bunch of new music and really want to invest some solid time into my tracks – I’m pretty impatient with my sounds and quickly grow bored of my old songs so it’d be a big step forward for me to work for longer periods on new tracks. I’d also like to start remixing some other artists and collaborate too, maybe record some guest vocals.
View Profile Hide Interview
Download the triple j Unearthed app: