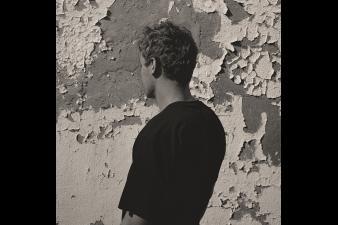 Thrupence is Melbourne producer Jack Vanzet. We are featuring his woozy electronica all week on triple j Unearthed and Unearthed Radio.

Thrupence was developed and inspired by the music my mum used to play when I was a kid. Electronic bands like Deep Forrest, old jazz pianists, and a lot of stuff from Bristol. I thought it was amazing and it's still stuck with me and helped develop my sound to what it is today. As well as that - probably every Disney movie soundtrack that I heard as a kid had a strong influence too.

Do you see your sound translating to a live environment? Is there a Thrupence live show in the works?

Thrupence has a live show that is expanding to avoid the kid-behind-a-laptop cliche. The live set is working to incorporate live drums, guitars etc. It can sometimes be a bit underwhelming for people to just see a laptop and some buttons. Im trying to reverse engineer the album so that it can be played on live instruments as well. Bands can record their songs live to get them into the computer but im doing the opposite - trying to get the sounds out of the computer into live instruments. Its a big process but I think i've got it sorted.

Tell us about the music and people in the Melbourne music community that inspire you?

Melbourne has a really talented bunch of beat makers and electronic musicians. The guys from THIS THING are doing some really cool things. Galapagoose and his Monome toys are incredible to see and hear. Andras Fox's stuff is really nice. TUC is making some really beautiful stuff. There are heap of Melbourne guys making sounds that are just as good as anything you would hear globally. Chet Faker is another name that is set for big things.

'Work needs to be more fun than fun' - Stephen Fry

There's a release party for the new EP in Melbourne that will be happening early May. The final date and venue will be posted on Thrupence's facebook soon. There's a 12" coming too! That should be ready for the opening (hopefully). I'd really like to take everything overseas. I think it would be amazing to travel and play music at the same time (rather than just being another tourist). Aside from that, keep trying to make music and if everything comes together I'll get another release out for summer this year.

As good as anywhere else. Being on this island hasn't really restricted us, I don't think. Our population and crowd attendances are nothing compared to music hot spots like Berlin or LA and we're still outputting some really impressive stuff - its inspiring to see. Thanks to the internet, once again.