Dan Romeo and The Lone Strangers 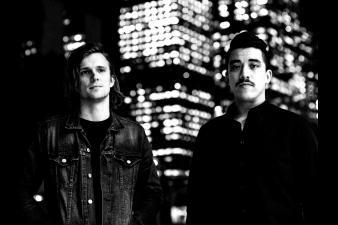 Sydney 2-piece Polish Club make music much louder than the sum of their parts and are this weeks feature artist. Get stuck in to their blend of soulful and raucous rock n roll.

Read Interview
Tell us about your music. How did you develop your sound?
We did what came easiest and what was most fun. It was pretty simple. We know each other's musical strengths, took them as a starting point and rolled with what came out. We use the simplicity of our setup to our advantage. It's a situation where you're exposed much more than a more populated band, so you better make damn sure what you're doing is adding something to the equation.
What's your greatest source of inspiration for making music?
Rooms with no natural light, Motown, 2003, cheeseburgers, Mi Goreng, a delicate balance between self-deprecation and hubris.
What can punters expect from a Polish Club live show?
Two blokes playing as hard as they can. One sweating a lot more than the other. A great songs-per-minute ratio - our songs are straight to the point. Unique facial expressions. A solid dose of crazy eye.
What's the best advice you've been given and who was it from?
My (Novak's) father always told me: "No false modesty".
What Australian track would you play to cheer up someone who was crying?
Savage Garden - The Animal Song. Careless and free 4eva.
What Australian track would you play to someone to make them cry?
What kind of cry are we going for? Paul Kelly's Deeper Water... or Wasabi by Lee Harding. :(
You're the DJ at a party. The dance floor is pumping. What Australian track do you put on next?
PNAU - Wild Strawberries.
What was the last local gig you went to? How was it?
Courtney Barnett. Her songs are sick. She has a sick band and she goes hard.
Tell us about the bands or people in the Sydney music community that inspire you.
Dangerous Dave, our friend and engineer. Chris Bradstreet, our friend and producer. Tommy Thoms, our friend and videographer. They were kind enough to record our first tracks and video out of the kindness of their hearts. We, and we're sure most other locals bands, would be nowhere without people like them. Also, we're infinitely inspired by all Sydney bands. Anyone who tells you that they don't want to be better than the rest is a big fat liar, and that's what gets us off our asses in the first place.
What are your plans for 2015?
We're supporting Jesus Jones at The Factory Theatre this Saturday. We've also got a sexy new video for "Able" coming out in the next week or so. After that, we're going to write new music, gig around as much of Australia as possible, design a line of lush Polish Club towels, not get a bassist, find a new apartment, visit Japan, consider a funk and/or disco side project, inevitably realise that's a terrible idea.
View Profile Hide Interview