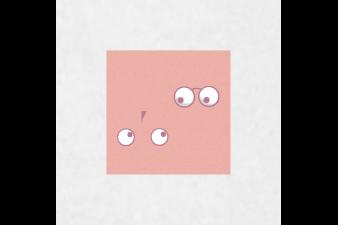 Meet this week's triple j Unearthed Feature Artist and Listen Out comp winner, Yù Yī. This little astronaut is taking us on a bubbly, colourful space journey through the Yù Yī galaxy and we're taking you with us! First stop, planet FRÖÖTI.

Tell us about your music.

Well, I’ve been making music for quite some time now and it’s what I love doing. But, I always struggled to find purpose and meaning to my work. Aside from Music I’ve had a keen interest in the issues we are currently facing here on earth. I wanted to be involved in finding solutions to those issues and that's why I blasted myself off into space. Hopefully, the songs I create on each new planet will help create awareness and get people to jiggle their bodies about.

How did you develop your sound?

Well, I guess my music tends to reflect my surroundings and for the First LP “FRÖÖTI” I was in a really bubbly, colourful and chaotic place whilst creating it. As far as sound design goes I created the sounds for this project by making a whole lot of mistakes and running with the ones I liked the most.

I’m heavily influenced by my environment, the things I read and research as well as the people I surround myself with. I’ve been fortunate to work closely with some really talented musicians.

What can punters expect from a Yù Yī live show?

You can expect to be taken on a super quirky funk filled trip into the Yù Yī galaxy and we’re continuously working towards making it an even more immersive experience for everyone.

Ahhhhh well I’m a bit spoilt for choice but I think it I would have to say the best advice I’ve ever received was from my friend ANH. He told me to be patient and build a library of music. At the time I was really eager and uploading a lot of really basic half finished music. So after that, I decided to take the time to go full hermit mode and set my sights on releasing finished music.

So here's the game plan. Jump in the car, wind down the windows and go for a drive while blasting 'The Car Song' by The cat empire.

Definitely PNAU - 'Wild Strawberries', this was on my first ever cd actually. I got PNAU for either my birthday or Christmas that year.

Other than big sound, I popped down to earth to check out a little Sofar Sounds gig in Albion where they showcased a few local Artists in an unplugged setting. I make a lot of electronic music so it was nice to break away from that for a night to sit on a cushion and listen to some acoustic stuff.

Tell us about the bands or people in the Brisbane aka planet fruity?!!? music community that inspire you.

I’ve been spending most of my time on FRÖÖTI these days so I actually haven’t had that much time to explore and collaborate outside of that. On planet FRÖÖTI, however, I’m working closely with a few friends of mine. One of them being the extremely talented vocalist named Ellen who was featured on the first track PEACHES. We’re basically partners in crime on FRÖÖTI and I can't wait to travel with her to different planets within the Yù Yī Galaxy. Also, I can't forget to mention my close friend Zeke Foster who you’ll be able to catch on stage with Ellen and I at Listen Out.

Things are going so fast. I didn’t think I’d be playing at Big Sound, let alone Listen Out. It’s making it kind of difficult to make concrete plans but nonetheless, I’m over the moon. I have some new music coming out and I’m really excited to expand the live show as I’ve been working pretty solidly, making the music for quite some time now. Aside from that, every day I’m getting bigger, stronger and smarter so I can care for our special little planet.  ୧( ◉◡◉)୨