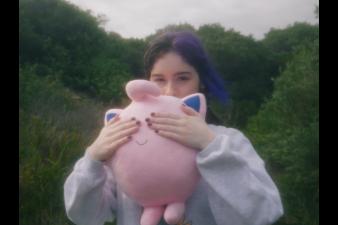 I started writing and producing my own music a few years ago. I’d say it was pretty sad-core or garage-y back then, and was heavily based on my emotional state at the time. I’m now more confident with writing music and have been experimenting with different ways of writing and different sounds. It’s all come just from experience really - playing live and having different tastes in music throughout the years.

Hearing a really good song puts me in a writing mood, like a burst of inspiration. But it also just depends on how I'm feeling. I’m inspired more when I’m sad, maybe because that’s just when I’m thinking the most hahaha.

What can punters expect from a FRITZ live show?

I forgot… I forgot what our lives shows are like. Loud and maybe a bit messy, but in a fun to watch way.

I used to compare myself to others so much and have really low self esteem but then my Mum told me that everyone is always thinking of themselves and what people think of them. So no one really cares…

'Can’t Get You out of My Head' by Kylie Minogue

It was a metal-core gig at the Hamilton Station Hotel. It was everything you’d expect really.

Tell us about the bands or people in your local music community that inspire you.

Vacations, Underlay and Craterface. All very inspiring and doing their own unique thing. It’s very cool to see. 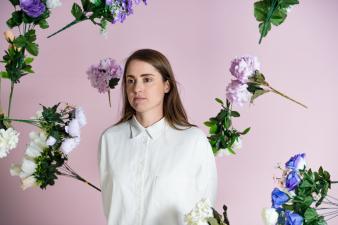 Melbourne singer-songwriter Jess Locke will leave you in a reflective state with the nostalgic tones of her sunkissed music.

Read Interview
Tell us about your music. How did you develop your sound?
I started playing guitar around the age of twelve and it seemed totally natural to me that if I played an instrument, I should make up songs as well. I don't think my songs were particularly good at first and I don't remember most of them. At that point, I just had this incredible urge to do it. It was cathartic and very personal. I didn't really play in bands with other people growing up so for a long time, it was just me and an acoustic guitar. I suppose that is what's at the roots of what I do. Over the years, my music has become more fleshed out and doesn't fit into the acoustic/solo person genre any more. I have always been interested in mixing genres and messing with conventions, but even just instinctively, I tend to incorporate bits of what i hear around me into what i make, whether it's folk, pop, punk or whatever. So the aesthetics of my recordings and live performances are continually changing, and I think it needs to, otherwise I would get bored. But, I almost always begin with songwriting. I think, if I have a solid base to work with then I have much more freedom in what I can do with it in terms of sounds.
What’s your greatest source of inspiration for making music?
Existential turmoil. Sadness. Outrage. And, also, it just feels good.
What can punters expect from a Jess Locke live show?
Senseless muttering, sadness, nonchalance and a bit of fatigue.
What’s the best advice you’ve been given and who was it from?
'Question Everything'. I think it was my second year Philosophy lecturer.
What Australian track would you play to cheer up someone who was crying?
Dick Diver - Head Back
What Australian track would you play to someone to make them cry?
There is a song by Two Steps on The Water that I don't know the name of but I've seen them play live and it kills me every time - "You put words in my mouth. I wasn't hungry". If anyone can find a recording of it, that would be great.
You’re the DJ at a party. The dance floor is pumping. What Australian track do you put on next?
Anything by The Brutal Poodles.
What was the last local gig you went to? How was it?
Olympia, at the Northcote Social Club. It was great. Olympia is very impressive and she has some angelic back up singers. Also, whoever did the lighting really nailed it.
Tell us about the bands or people in your music community that inspire you.
My ideas about making and playing music have been hugely influenced by DIY philosophy, which is essentially just the notion that you don't need fancy instruments or studios to make music and if you can't get a gig at a venue then you can put one on in your living room. There are infinite ways in which people can create and share music. The essential elements are you and your creativity. I feel really lucky to have been involved with the people at Lesstalk, Blackwire, Beat Disc and Poison City Records (just to name a few) who's primary motivation for putting on shows and releasing music is pure love and not money or ego. I couldn't do what I do without them.
What are your plans for the rest of 2016?
I've got another album in the works which, hopefully, will be recorded by the end of the year. Other than that... a few local live shows and lots of photos of my cat.
View Profile Hide Interview 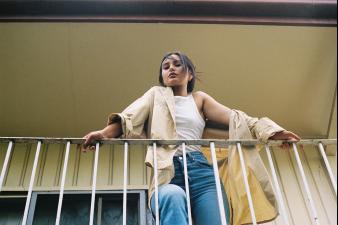 My music is forever evolving and still developing each day. The music I make depends on the mood im in and on whatever stage of life I’m at. I lean towards soul/ rnb beats, although, have a guilty pleasure in making super raw emotional guitar tracks. Each serve their own purpose. Once my music leaves my computer, it’s for the world and my listeners to use at their own discretion.

Inspiration hits different all the time. I either bait my friends into giving me their deepest hurts and secrets so I can write some emo/empowering lyrics, or it’ll be a song I hear that I’ll want to try and create the same vibe. Places and things (like food, obviously) have inspired me in the past.

What can punters expect from a DVNA live show?

We’ll be getting to know each other. Crowd interaction is one thing I love to do. Partly because I love to chat, and because I want to break that wall between audience and stage. Connect on a more personal level and create an experience they will remember.

Just do you! And when you’re hit with inspiration for a song, it’s like a gift you’ve been given to share with the world, as if it’s almost a duty. Think about the audience who NEEDS to hear what you have to say. It is your job to capture it, honour and respect the gift you’ve been given by allowing it to exist and not trying to force it into any direction it’s not. This was from some random old guy that sat next to me in a restaurant one day. Hit hard.

'Untouched' by The Veronicas

I saw my friends Hot Coffee play on the Gold Coast. Those boys always know how to put on a show. Quality night!

Tell us about the bands or people in the Gold Coast music community that inspire you.

They’re a friendly, talented little bunch. We all know and support each other due to the coast being quite small. They all actively participate in community events, always make an effort to attend each other’s shows and offer advice when needed! I love those guys.

I plan to play LANEWAY (thankyou Unearthed). Release a couple of singles in lead up to my debut EP and follow with a few more exciting things!